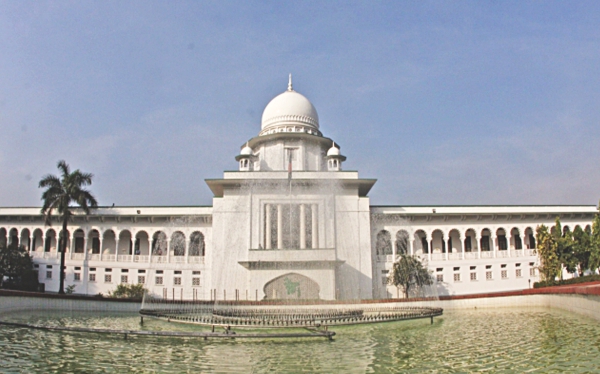 this division, and 12,441 cases along with the previous cases were pending with it.
The High Court Division had disposed of 68,425 cases as 45,084 cases were filed with this court and total 279,923 cases were pending with this court in 2011.
The District and Sessions judges' courts had disposed of 207,477 cases, as 327,759 cases were filed with those courts and a total of 1,076,164 cases along with previous cases were remaining pending with these courts in 2011.
A total of 706,061cases were filed with the magistrates' courts across the country in 2011. The magistrates' courts had disposed of 671,628 cases and 763,518 cases were pending with those courts in that year.
Earlier in 2010, the number of total pending cases at the Appellate Division was 9,141 after it had disposed of 1,583 cases. The number of pending cases at the High Court Division was 313,735 after it had disposed of 693,096 cases in that year.
The District and Sessions Judges' courts across the country had disposed of 281,251 cases, as 362,563 cases were filed in 2010.
In that year (2010), 748,822 cases were pending with the District and Sessions judges' courts of the country.
The magistrates' courts had disposed of 1,061,252 cases, as 1,167,335 cases were filed in those courts the same year (2010). At the end of 2010, the number of total pending cases at the magistrates' courts was 1,942,163, according to sources.
Chief Justice Muzammel Hossain on May 18, 2011 at a felicitation meeting on the occasion of his first day in office had said, "Our courts are now over-burdened with a backlog of cases for instance, the number of pending cases before the Appellate Division of the Supreme Court of Bangladesh was 8,085 in September 2010, while today the number of pending cases has risen to [approximately] 10,575."
In a written statement, he had noted, "I have seen from my experience that the main dispute in many cases, particularly in the field of writ matters, customs duties and quashment of certain types of criminal proceedings, rests on a common point of law, which can be dealt with by analogous hearing and common judgment so long as issues of the individual cases are not dissimilar. We have to take measures to bring up those cases for hearing so as to adjudicate those cases quickly and expeditiously in the interest of justice."
The chief justice had said, "The courts will now have to be more pragmatic in adjudicating cases particularly in reducing the backlogs and generally case management."
Law, Justice and Parliamentary Affairs Minister Barrister Shafique Ahmed on January 13 told the media at the Press Information Department that the present government has appointed 10 judges to the Appellate Division, appointed 61 judges to the High Court Division and appointed 331 judges to the lower courts for disposing of the cases quickly.
A huge backlog of criminal cases will be reduced if the government can amend the Criminal Procedure of Code (CrPC) to introduce alternative dispute regulation (ADR) for disposing of criminal cases through compromise outside the court, he said.
The government has already amended Civil Procedure of Code (CPC) to introduce ADR system for disposing of the civil cases, the minister said, adding that around two million of cases are now pending with the courts across the country.
Replying to a question from The Daily Star, Shafique Ahmed said that the government will take steps for appointing judges to the vacant posts of judge of the Appellate

Division if the chief justice initiates the process to this effect.
Attorney General Mahbubey Alam recently told The Daily Star that efficient judges have to be appointed in the High Court to quickly hear and dispose of cases in order to increase the rate of disposal of cases and to reduce the backlog of cases. 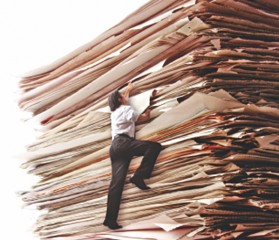 A commission can be formed with some retired Supreme Court judges under the leadership of the chief justice to monitor the performances of the High Court judges, he said.
The attorney general said the commission will oversee whether the judges sit in the benches, deliver orders and judgments in the cases, and sign them (orders and verdicts) on time, he said.
He said that the rate of disposal of cases at the High Court has not increased, although a good number of judges were appointed to this court in recent years.
“I have seen earlier that a High Court judge has heard and disposed of at least 20 important civil cases in a day, which I don't see now-a-days,” he added.
Mahbubey Alam feels that the lower courts of the country are disposing of cases more in comparison to that of the High Court.
The lower courts have a binding of hearing and disposing of a particular number of cases in every month and they almost do that, he said.
The attorney general said the Alternative Dispute Resolution (ADR) might not be very effective in increasing the number of disposed of cases and to reduce the backlog of cases.
ADR is system through which some petty cases can be settled through compromise between the parties of a case in mediation of lawyers outside the courts.
Mahbubey Alam said it is not specific which cases can be settled through ADR.
Criminal cases cannot be settled through compromise outside the courts, he said, adding the tax-dodging cases can be settled through ADR system, but it may cause loss of state money.
Advocate Khandker Mahbub Hossain, vice chairman of Bangladesh Bar Council, said the pile of pending cases at the Appellate Division could be reduced by constituting two separate benches with the existing judges.
"We have requested the chief justice to take measures to this end, but no steps were taken yet," he said adding that the litigants were suffering seriously for not disposing of their cases swiftly.
The Appellate Division is now operating with six judges in a single bench, while it requires at least three judges to form a bench, he said. 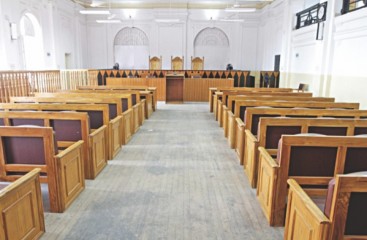 Khandker Mahbub said there are some judges in the High Court division, who cannot hear and dispose of cases quickly and do not sign the verdicts on time, and therefore the pile of cases is growing higher.
The existing trend of the High Court to extend the orders of bail and stay on the cases several times a year is increasing the backlog of pending cases, he said, adding that this trend should be stopped.
Khandker Mahbub, also a former president of Supreme Court Bar Association (SCBA) said the government has kept around 200 judges of the lower courts in the administration on deputation for their (judge) own interest, hampering judicial functions at the courts.
Those judges should be sent to the courts to discharge judicial functions for reducing the backlog of pending cases, he added.
The SCBA on October 26, 2010 had adopted a resolution expressing annoyance over dillydallying in appointment of judges to the Appellate Division.
Earlier on July 9, 2009, the president had raised the number of posts of judges in the Appellate Division from 7 to 11, prior to disposing of some important cases including the one over the Bangabandhu Sheikh Mujibur Rahman murder and another on the Fifth Amendment to the Constitution. 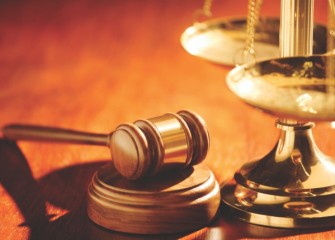