"History, despite its wrenching pain,
Cannot be unlived, but if faced
With courage, need never be lived again." 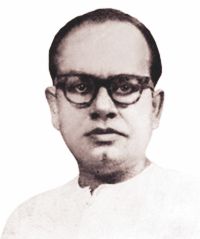 These words of Maya Angelou haunt me as well as give me perspective. It haunts me when I try to make meaning out of a forty-year old story of loss and pain, personally and publicly. Why this sacrifice, what did it bring, in my life, to the nation. It gives me perspective when I realize that there is no way out of this pain, only to accept it with a courage that is in no way easy to muster because it is hidden in the pain itself.
War as indeed life is about the spoken and the unspoken, of celebrations and death, of remembrances and forgetting, the telling and the retelling of stories and the untold silences. That is why war lives on, even after it has seemingly ended.
From the aftermath of 1971, till the present day I have been accosted by questions and comments from journalists and the general public which I have trained my mind to be bemused about.  The questions and the comments as such do not carry any malicious intent. They are almost naively targeted at a shahid konnya (daughter of a martyr), with all the respect that one reserves for her. The journalists have to fulfill their duty, having to write reports for supplements that have to come out each year on March 25 and December 16. The general public i.e. the officer, the neighbour, the acquaintance has to satisfy his/her curiosity or simply socialise and relate to this being called the shahid Konnya through their own experiences of 1971. Out of the many questions and comments that have been asked of me, I would like to reflect on two that I often find myself wondering or reflecting about.
The first is inevitably from journalists who true to their profession have to locate me in time and space. Hence, how old were you in 71 and do you remember everything you experienced ? (and other such variations). This has led me to reflect on the whole process of remembering and retelling and how silences reverberate in each retelling.
The second comment is one I myself have greeted rather bemusedly, although those who introduce themselves take it quite seriously. "I know who you are; you are the daughter of a muktijoddha shahid budhhijibi. I am also a muktijoddha." When I say I have often received these comments in a bemused way, I do not mean it as a way of making fun. Far from it. Rather these comments have set off a train of reflection, because often they came most when the powers that be were not muktijoddhas or when there was really no need to socialise with the daughter of one.
I will talk a little more about each of these musings. The first I will name as many ways of  remembering. The second I will call "the untold silences of a muktijoddha" 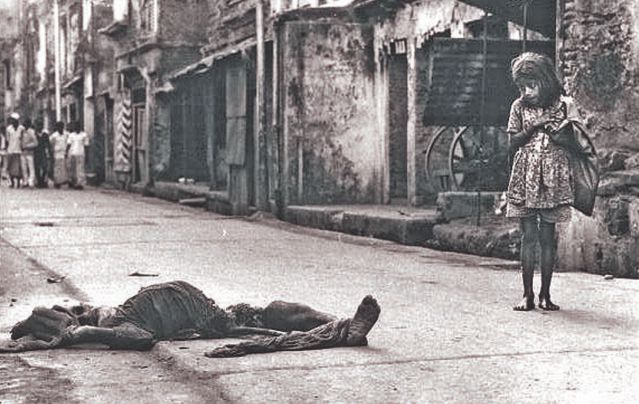 Many ways of remembering
Even as I set out to write this piece, a reporter from a daily called rather frantically. She simply has to write an assignment on Women and muktijuddho and would like to ask about my mother. How did she manage everything after my father was killed? I had to say it in 2 minutes over a telephone. I gulped. Well .. I began, she was already a working woman so basically she was not at sea. She thought of many practical things she had to do like the getting my fathers provident fund even in a difficult situation where my fathers death was not being recognised during the war…"No no , she interrupted, tell me what she  did after the war!!" How do I tell her of how my mother played the dual role of both father and mother in my life  and how it took me almost a lifetime to realise what that role entailed when I had only one minute left of telephone conversation. This is symptomatic of how time becomes structured according to different needs and hence the telling or retelling of a story gets trained into avenues shadowed by silence.
I often muse on the hundreds of interviews I must have given to journalists since 1971 and wonder if there was anything I would have liked to say, which I could not.  rising tide from the shores of the rivers in which they were executed. It was necessary for us to bring lives and souls together. It was necessary for healing, but according to others rain was necessary for victory! Uncannily what I felt that night and mused on later, came to be a reality to be experienced when just a month later we were taking shelter in another  house where the husband of the eldest daughter of the house was reported missing. He was an engineer who had a job in Government. After the Government ordered all personnel to return to their posts, he had taken a bus from Dhaka to the northern part of the country. His bus had to pass through Mirpur, an area resided by mostly Biharis who by that time had given their allegiance to the Government of Pakistan against Bengali rebels. His bus was attacked in Mirpur sector 11 and the whole busloads of passenger had been hacked to death and thrown into sewers and drains of Dhaka. The daughter's father had spent the whole day turning over manhole covers to locate his son in law's body among the heaps of blood and flesh, but to no avail. And then in the evening it had started to rain. I saw the faces of the family members change. They too wanted the rain to stop. They too wanted to find their loved one. My mother and I soon left the house. Mourning had to be private.

The untold silences of a muktijoddha
Who is a muktijoddha? It seems apparent.. any one who has fought for the freedom of Bangladesh. But was it and is it so apparent. Many discourses and contestations are rife in Bangladesh. Our muktijoddhas were not only our "damal chelera" (our gallant boys) but also their mothers who cooked for them, sisters who hid their weapons. Were not birangonas or war heroines, muktijoddhas too?  Finally, shahids too were muktijoddhas, including those who fought not with guns but their thoughts!
Yet in all this silences remained. In the after math of the war, a big debate had arisen as to who were muktijoddhas and who were collaborators. Ferdousi Priyobhashini's story as written by Shaheen Akhter in Narir Ekattor ( Women in 1971) illustrates this graphically.
The country was liberated. Priyobhashini went back to her office and found Bangali officers and staff. As she sat down in her usual seat, the labour leader came running to her, "You can not join. You are a Pakistani collaborator!" In her own depiction, "He started to abuse me. I called the administration and found the Personnel Manager whom I had known from before. He used to be the Labour Adviser of the mill. He had been promoted. He had not joined the office during the nine months of the Liberation War but had remained in hiding for fear of the non-Bangalis. During that period he had come for help to me once or twice. I had requested General Manager Fedai for his salary once and sent it to his home. I phoned him and asked him to help me."
"Sir, you know whether I was a collaborator or not. Please explain to them."
"People are not going to listen. They are saying that you are a collaborator. What can I do?" he replied. I lost my job. One day the police came to arrest me."
It was a new country with a new government. The country had been liberated after a gory war. Priyobhashini had been raped because of this war. But she said: "Even the people who raped me and abused me for nine months did not snatch my food from my mouth. Now, in a free country I felt the ground give way under my feet. I left the mill with a heavy heart and did not try to get back my job." 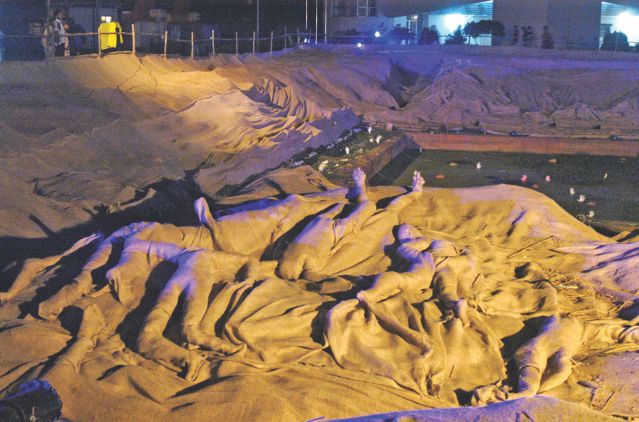 Was this problem ever resolved? Has this problem not surfaced time and again albeit in different forms in our politics, in our governance? Have we ever confronted it with true courage or merely resisted it by constructing different binaries: muktijuddher pokkhey na bipokkhey (for or against Liberation?) muktijoddha na razakaar?
As I said before the courage of confrontation must come from the pain itself. In our telling and retelling of stories of the war how far have we given space to this pain? How can you give space to this pain.. in what language? In words, in gestures, in colours? The time has come perhaps to find the appropriate symbols.
A Filipino comfort woman, 50 years after World War II was asked to draw a tree which symbolized her life.  One branch of that tree she painted in blue. When asked what that represented she told the story of her imprisonment as a comfort woman after 50 years of silence. Silences can be broken, but have we found the appropriate symbols to do that?