Old is gold-- A need to preserve Indian films

Mrinal Sen and others have a complaint
Pallab Bhattacharya, New Delhi 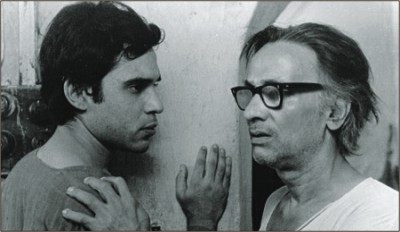 Veteran Bengali director Mrinal Sen is looking for funds. Not to make new films but to preserve some of his works made years ago.
The master print three of Sen's political films Padatik, Interview and Kolkata Ekattor, set against the backdrop of street protests, violence and police atrocities during the tumultuous years of the Left and Naxal movements in the 1970s, are in very bad shape due to lack of proper preservation and are in crying need for urgent measures for restoration.
The unfortunate development came to light when organisers of the prestigious Cannes Film Festival in France wanted to hold a retro of the three films by the director in May this year. Sen had to say "no" to it as the prints are not good enough to show it to an international audience.
All the three films are produced by the state-owned National Film Development Corporation and West Bengal government but neither has cared to preserve them properly, says Sen.
The problem of preservation of films also confronted some of the works by other eminent directors like Pramathesh Barua, Ritwik Ghatak, Rajen Tarafdar and Tapan Sinha which are either lost to posterity or are in bad condition.
Some films by master director Satyajit Ray too had faced a similar problem but intervention by the Academy of Motion Pictures of the United States saved them.
Restoration of a black and white film costs an estimated US $50,000 while that of a colour film is nearly double that amount, says film industry sources.
Sen voices the fear that unless quick steps are taken to preserve his films, they may not be in a condition to be screened in the country.
Film industry sources point out that while big corporate houses have entered the business of producing and distributing films in India, there has been very little institutional effort to preserve the old movies.