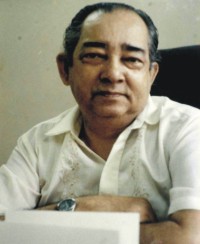 Syed Musharraf Ali is a freelance contributor to The Daily Star.