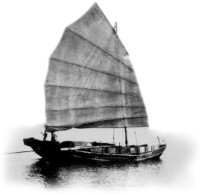 I never wanted to visit Delhi. I know it sounds brash, but it's true. I had heard so many mixed reviews over the years. The snobby new money-ness, the heat, the concrete, the demolished grandeur, the lost culture. Sure it had history and had been a centre of power for, oh, 1000+ years. However, history has never been my strongest suit, and so I kept returning to Bombay, my city of Indian dreams.
Then I got an offer I couldn't refuse. Old friends of my family who have been living in Delhi for decades invited me to visit, and I thought, well, it is rather close to Agra and one certain wonder of the world, and maybe I could even decide for myself what I thought about the erstwhile city of Djinns.
In my magic fashion, I landed up in the lap of luxury. My hosts welcomed me like the daughter they never had. Ensconced in Delhi's Bong neighbourhood, Chittaranjan Park, I was thoroughly pampered from day one: my own room and bath, a cook who indulged my love of fish and vegetables, cold juice every morning, and Delhi at my doorstep. I was instructed not to travel alone at night unless in a cab, and otherwise was left to my own devices, unless I requested theirs. My ideal set-up.
Within four days I had seen more monuments, ruins, temples, and other historical sights than I even realised existed in this city (note my aforementioned poor grasp of history). The towering and intricate Qutub Minar, India Gate flocked to by families, the serene almost alien-like Bahai Temple, the imposing Red Fort, Jama Masjid and its bird's eye views of the city, the visually spectacular Humayun's Tomb, and the secret step-well ruin of Ugrasen Ki Baolo.
Add to all this a blinding afternoon wandering the choked streets of Chadni Chowk, sweating my way through the circular mazes under and over Connaught Place, and perusing the hot little lanes in Haus Kauz Market and Greater Kailash. Oh and did I mention the heat? It's hot in Delhi in the summer. Murderously so. Each day, I step outside, freshly showered, and feel I shouldn't haven't bothered because I am instantly drenched in sweat.
Within a week, I had additionally feasted my eyes on the un-hypeable Taj Mahal and the equally jaw dropping abandoned city of Fatehpur Sikri. I have hundreds of photos from that two-day trip, many of which are poor replicas of the postcards being hawked constantly all over Agra. Enough has been written about how cool the Taj is (and it so is) so I'll just say this: my first good view of the Taj was from the rear. There's a precisely tended midnight garden across the Yamuna called, naturally, Mahtab Bagh. From here, you get an unobstructed wide-angle view of Shah Jahan's seminal labour of love. As the sun moved across the marble and sandstone, the entire vision pulsated, shifted, with the light, and my body gave itself over, prickling with the fabulousness.
It's been 10 days now, and I've participated in a poetry open mic, hung out with dozens of different writers, artists, and scholars, and met editors from four major publishing houses. I've also gone to five dinner parties and taken about 600 photographs.

I think I like Delhi. It's a little too mean, way too hot, concrete, spread out, inconsistent, aggressive. People speak Hindi and it's hard to get by when you don't know the language at all, like me. People revere Urdu and I have to stay my automatic knee jerk reaction. Old Delhi is lost, taken over by scrabbling shopkeepers and rabid touts. The fabled architecture is crumbling, visible only in bits and crumbling pieces.
Yet still, I think I like Delhi. It has a tangible mash of religions and cultures that rivals Bangalore's diversity. I love all the various greetings and farewells and wishes and ornaments and head gear and scripts that I've seen and heard over the past few days. They could be derived from any one of India's countless cliques. The city is hiding some forgotten magic, an oldness still visible under the newness. And I sense a certain nostalgia behind the skyscraping commercialism. I've always been a sucker for nostalgia.
Of course, it's the people I've met that have really made the difference. There's the writer and mother whose elegant body language and even more graceful prose are hard to look away from. Then there's the curious and kind professor who divides her year between New Haven and New Delhi. Many more of the people I've met have moved here from other parts of India. A gorgeously dark-skinned Bombayite who followed her boyfriend here and is now starting up a rebel printing press. A Goan Anglo Malayali architect-philosopher who showed me Old Delhi through his intellectual lens for landscape. The Assamese and Bengali researchers who traveled to Agra with me and played Scrabble with the most wicked backdrop of the Taj Mahal before us. An American poet who teaches school children and writes poems about the city in heat. And my favourite guide, a wanderer of many, many Indian cities, whose irrepressible love for Delhi has led him to start a Ph.D. on her medieval treasures.
Many in this group of transplants had a similar refrain about first moving to Delhi. They hated it. Now they can't imagine living anywhere else. It's true the Bombayite longs for the safety her city offers. The Kolkattan bemoans the striated society of Delhi. The Keralite misses the lushy green landscape of the deep South. But they're here to stay anyway. Maybe I am too.

Abeer Hoque is a Bangladeshi-American writer currently in Dhaka on a Fulbright award.