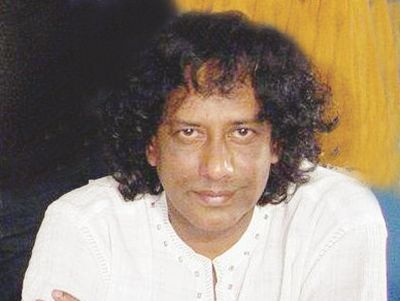 Popular music director Ahmed Imtiaz Bulbul is renowned for his evergreen compositions. In his illustrious career, Bulbul has directed music for over 350 movies. He is the lyricist of most of these songs. He has composed and written many remarkable adhunik and patriotic songs. His contribution to the music industry has earned him several honours including the National Film Award, the President's Award and the Shikha Anirban Award [the highest honour conferred by the Bangladesh Armed Forces]. Bulbul has won the BACHSAS Award 11 times.
Many of us are probably not aware of his courageous experiences as a freedom fighter. Soon after the Liberation War broke out, Bulbul joined the guerrillas. Initially he participated in a few guerilla operations in Dhaka. Subsequently, he joined Sector 2. He was arrested twice by the Pakistan army during the war.
Recalling the war, Bulbul said, â€œI was a teenager then and used to play guitar at the Hotel Intercontinental [now Ruposhi Bangla] when the Liberation War began. My elder brother Iftekharuddin Ahmed joined the crack platoon -- led by Mofazzal Hossain Chowdhury Maya -- that used to conduct guerilla attacks in Dhaka city. One day, I along with my friend Fuad, initiated a guerilla attack at the New Market with grenades from my elder brother. And that's how it all began for me.â€
In June 1971, Bulbul joined Sector 2, comprising the districts of Dhaka, Comilla, Faridpur, and parts of Noakhali. Major ATM Haider was the commander of the sector. While reconnoitering the Comilla-Brahmanbaria road, Bulbul was arrested by the Pakistan army.
To quote him, â€œOur duty was to count the number of Pakistani bunkers on the road. We counted 25 bunkers. While returning to report to our group commander, Shojib, four of us in the team -- Manik, Khoka, Mahbub and I -- were arrested.â€
Soon after the arrest, they were taken to the cantonment. At the cantonment Bulbul and his comrades were taken to the firing squad. Bulbul said, â€œWe thought this was the end of our lives and started chanting the Kalima. But, they changed their decision and took us to the interrogation cell instead, to grill us for information. Later we were taken to jail.â€
In the jail, Bulbul met about 43 freedom fighters. Bulbul made a plan for a prison-break. But, senior freedom fighter Shaheed Nazrul Islam discouraged him. According to Bulbul, â€œNazrul bhai believed that our victory was knocking on the door. He believed that freedom fighters would rescue us, so we should not flee. But on the evening of 27th Ramadan (late November, 1971), a group of Pakistani soldiers came and killed everyone except the four of us from Sector 2. They thought that they would be able to extract more information from us. The following day we broke out from the jail.â€
After the escape, Bulbul came to Dhaka on a boat. But, unfortunately when he went home, he was arrested again. This time he was taken to Dhaka Cantonment. â€œAt the cantonment, I, along with other arrested freedom fighters, was regularly tortured. It was so brutal that I lost consciousness. When I regained consciousness, I noticed I was in captivity in a dark small room,â€ said Bulbul.
That was the Ramna Police Station. â€œAn army truck used to come every evening to take freedom fighters away. They were then killed. Each day 15 freedom fighters were taken away, never to be heard from again. We used to sing gono sangeet to keep our spirits up. There were only a few of us left alive when the joint forces carried out an air raid. Right after Victory Day, we were freed,â€ Bulbul said.
Bulbul was free but he had to suffer a lot -- the after effects of the extensive torture. As reward Bangabandhu Sheikh Mujibur Rahman gave him Taka 1000 and the Government of Bangladesh took the responsibility of his medical treatment.
The experiences during the Liberation War left an indelible impression on Bulbul's artistic career. Bulbul said, â€œAfter Independence I composed patriotic songs for BTV. These songs were rendered by Sabina Yasmin. The songs include 'Shob kota janala', 'Shundar shubarno tarunyo labonyo', 'Uttar dakkhin purbo poshchim', 'O amar aat koti phul', 'O majhi nao chhaira de'. In the 1980s, for eight years BTV used my composition 'Shob kota janala' as a prelude to the news.â€