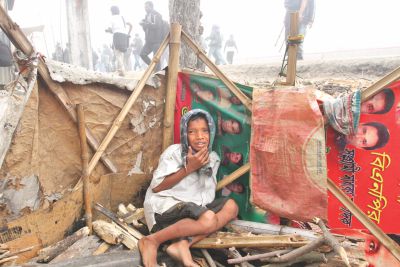 Cowering in terror, this boy takes cover from violence near Kanchpur bus stop on the Dhaka-Chittagong highway. He got separated from his father during running battles between police and the blockade supporters yesterday. Photo: Palash Khan