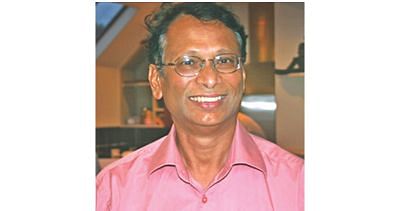 A Bangladeshi scientist has decoded the genome of a most deadly fungus that causes havoc to global jute and soybean production.
The fungus -- macrophomina phaseolina -- also causes seedling blight, root rot and charcoal rot of more than 500 crop and non-crop species.
The gene sequencing of macrophomina phaseolina would particularly help Bangladeshi scientists to develop jute varieties capable of fighting the fungus that causes an annual yield loss of around Tk 4,000 crore damaging 30 percent of the country's precious natural fibre, experts said.
Jute is the second largest fibre crop next to cotton. And Bangladesh is the world's second-biggest producer of jute, next to India, and the biggest exporter of the natural fibre.
Bangladesh's globally famed geneticist Dr Maqsudul Alam led a 17-member team since early last year to decode the deadly fungus. The decoding has been done at a recently set up laboratory at Bangladesh Jute Research Institute (BJRI).
Prime Minister Sheikh Hasina announced the scientific achievement of Bangladesh in the Jatiya Sangsad yesterday amid cheers and desk thumping by lawmakers.
Dr Alam and his team's success in decoding fungus genome came just two years after he had decoded jute genome. Maqsudul Alam earlier sequenced the genome of papaya in the United States and rubber plant in Malaysia.
"Macrophomina phaseolina damages jute stems and is responsible for 30 percent of jute yield loss. Besides, it also causes multiple damage to 500 crop and non-crop species. The US alone suffers Tk 1,500 crore production loss a year due to 'charcoal rot' in soybean caused by macrophomina phaseolina," explained biotechnologist Dr Shahidul Islam, a senior member of Dr Alam's team.
Reached over the phone last night, Dr Islam said they had completed the sequencing earlier this year but it has been internationally recognised with its publication in acclaimed UK journal BMC Genomics on September 17.
Genome sequencing helps scientists find genes much more easily and quickly. It allows scientists identify and understand how genes work together on a plant's various features like growth, development and maintenance as an entire organism. This allows them to manipulate the genes and enhance, reduce or add certain features of the plant.
Prof Haseena Khan of biochemistry and molecular biology department at Dhaka University told this correspondent last night, "This (macrophomina phaseolina) fungus causes colossal damage to various crops. With this genome decoding, we'll now be able to know all its characteristics and can infuse new genes in jute that can fight back."
Terming this a major breakthrough, she said, "This will help not only Bangladesh. This will have universal application."
In parliament, the prime minister also announced that Bangladesh has applied for patents of all these innovations.
Scientists involved in the jute genome and fungus genome sequencing said Bangladesh has so far filed five patent petitions and engaged three lawyers to get jute and fungus genome patented in Bangladesh's favour. Once that's done, Bangladesh would earn patent money whoever applies these innovations.
Congratulating Alam and his team for this scientific feat, Sheikh Hasina had earlier said, "We used to gain knowledge from all over the world but now we're in a position that we can provide new knowledge to the world."
Briefing journalists at the Jatiya Sangsad media centre last night, Alam said they would try to develop jute varieties capable of fighting the fungus in the next five to six years.