6 killers still out of reach 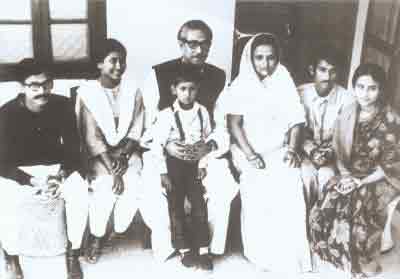 Bangabandhu along with his wife Fazilatunnesa Mujib, sons and daughters poses for the camera. Photo: File