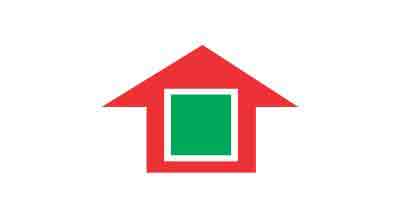 The cabinet yesterday approved a proposal for amending an ordinance to give more powers to the Grameen Bank chairman to choose the managing director of the microlender.
The amendment to the Grameen Bank Ordinance 1983 will undermine the autonomy of the bank started by Nobel Peace Prize laureate Prof Muhammad Yunus.
It will give the bank's chairman, always picked by the government, almost absolute powers to appoint the organisation's chief executive sidelining other members of the Grameen Bank board.
In a statement yesterday, Prof Yunus expressed shock over the government move and said, “I am very disheartened to see that the poor is being deprived of the ownership of the bank they run and of the power to exercise their ownership.”
President Zillur Rahman will soon issue an ordinance with the latest changes as parliament is now in recess, Cabinet Secretary M Musharraf Hossain Bhuiyan told reporters coming out of a cabinet meeting at the Secretariat.
The cabinet directed the finance ministry to inform it immediately about the salaries and benefits that Prof Yunus received during his tenure as the bank's managing director past the retirement age of 60 and whether those facilities were in line with the bank's rules.
Banking and financial institutions division of the ministry will do the analysis with the help of the central bank, said the cabinet secretary.
The cabinet also asked the finance ministry to find out whether Prof Yunus fetched any foreign currencies from abroad under the wage earner scheme facility “as a government official,” said the cabinet secretary.
If so, it will be known how much foreign currency he brought as a wage earner and how much was exempted from tax, he said.
The three changes that will be brought to the ordinance will allow the bank's chairman to form a selection committee in consultation with the board. The committee will recommend a panel of three candidates for the job of managing director, said Bhuiyan.
The candidates must have expertise in the field of rural economy or finance or microfinance to qualify for the job.
“The [proposed] amendment will help get the right candidate for the job of the bank's managing director, and this will speed up the appointment process,” said the cabinet secretary.
Under the existing rules, the board constitutes a selection committee with three to five members, which selects a candidate for the post of managing director.
The Grameen Bank Ordinance 1983 gives preference to persons having knowledge and experience in rural economy or in Grameen Bank business.
The post of the bank's managing director fell vacant after its founder Prof Yunus resigned in May last year following his removal from the bank he set up three decades ago to take financial services to the poor.
The changes in the ordinance will only deepen suspicions among the bank's supporters at home and abroad that the government wants to take control of the bank.
Three members, including the chairman, represent the government on the 12-member board. The remaining nine are the bank's borrower-members, who are elected at the grassroots level representing the bank's 83 lakh members.
The government owns only three percent of the shares of the bank, while the remaining 97 percent is owned by the bank's members, mostly women.
In yesterday's cabinet meeting, the prime minister and five ministers came down hard on Prof Yunus.
The ministers, who took part in the discussion on the Nobel laureate, are Finance Minister AMA Muhith, Agriculture Minister Matia Chowdhury, Law Minister Shafique Ahmed, Textiles and Jute Minister Abdul Latif Siddique and Foreign Minister Dipu Moni, cabinet sources told The Daily Star.
The prime minister alleged that Prof Yunus had been constantly lobbying against the government both at home and abroad though her previous government helped him launch Grameenphone and gave many facilities.
“Now it seems that he has become our enemy,” a minister, who attended the meeting, quoted Hasina as saying.
The prime minister said her government would take steps to run the Grameen Bank smoothly, according to cabinet sources.
One of the ministers suggested including more tough provisions in the Grameen Bank Ordinance to take absolute control of the bank.
In response, the finance minister said Bangladesh is not an “isolated island”. He suggested that the cabinet take into consideration the global opinion on the bank. He said the bank's performance was better in the fiscal year 2011-12.
The prime minister then said the government had no role in removing Prof Yunus from the post of the bank's managing director. Rather, it was him who went to the court and had to quit the job after losing the legal battle.