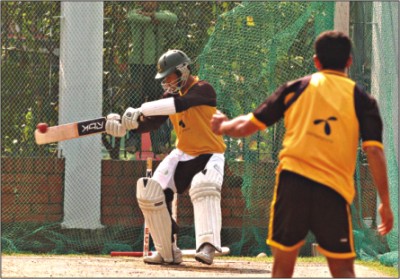 If it is a matter of confidence then there was no shortage of it for the home side prior to the start of the first Test against the formidable South Africa.
Bangladesh captain Mohammad Ashraful sounded lofty despite their disastrous performances in Sri Lanka and New Zealand and their record against the Proteas is more than lacklustre with innings defeats in all fours Tests previously played.
The performance in the three-day warm-up match at Fatullah and their hard but different match practices during training under Jamie Siddons were two major issues, which inspired the Tigers skipper to talk positive.
"We had a very poor Test series in Sri Lanka and New Zealand. But the result of the hard work will be seen from this series. It was really inspiring for us to see the way some of the boys played in the three-day practice match," said Ashraful in a pre-match briefing at the Mirpur Sher-e-Bangla National Stadium yesterday.
It was a perfect practice for most of the Tigers when the strong South African bowling attack were under the cosh as the home team posted a mammoth 412 in little more than a hundred overs.
The obvious question to the Bangladesh captain was whether he expects the same outcome in the Tests too.
"Not only that, but I am expecting a better show," was Ashraful's answer.
The Bangladesh skipper was also confident enough to say that they will be able to change the hearts of the critics in the series.
"We have been going through a very bad time since an impressive World Cup and understandably there has been a lot of criticism regarding our ability. But I am very confident that we will be able to play quality cricket in the series, which will give the critics an impression that we are improving," he assured.
But the experienced campaigner was wise enough to understand the fact that his batsmen, including himself, should have scored reasonable runs to fulfil the desire.
"What I firmly believe is that our bowlers have the ability -- particularly in this kind of conditions -- to take 20 wickets but we need contributions from our batsmen. You know, batting is our main headache and the first innings is very important for us," he observed.
Siddons was also looking forward to seeing his charges improve in the series in his first home assignment, second overall, with the Tigers.
"The boys trained in this venue for the last two months and I am impressed by the batsmen's application in the practice match. The players already proved that they are good enough to play against a team like South Africa. I hope it will be a good Test match," Siddons said.
The Australian however warned his boys about the strength of the opponents.
"South Africa are going to be a step up from New Zealand and we will have to play really well to pose any kind of threat to them," he said referring to the team's huge defeats in their previous two Tests against the Kiwis.
Like his skipper, Siddons also tried to take inspiration from the impressive show in the three-day practice match at Fatullah.
"The practice match where we posted a reasonable total showed us that the result will take care of itself if we play the game well," he added.
Now everybody will be looking forward to see whether the home team can carry their practice match's good show to the battle proper.