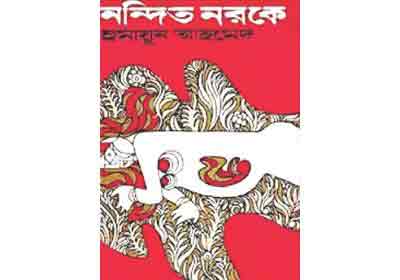 Eleven years ago, one of the literary luminaries of Bangladesh, Ahmed Sofa, died a rather premature death at the age of 58. As we recall him today, one particular characteristic of Sofa instantly creeps into the mind: his contribution to promoting budding talents, mixing with the younger generation and his ability to exhibit a natural affinity with people much younger than he.
Sofa was an accomplished writer, poet, essayist, critic, translator and a leading intellectual of his time. He wrote novels, poetry and non-fiction essays. He also translated the writings of others, most prominently,Goethe's Faust. Ahmed Sofa was renowned for his intellectual righteousness as well as his holistic approach to the understanding of social dynamics and international politics.
But, above all, many of his disciples and admirers revere Sofa for the patronising role he always played for the benefit of new talents.
Only the other day Bangladesh lost one of its finest storytellers and most popular novelist and playwright Humayun Ahmed at the age of 64 only. Humayun had been under treatment in a New York hospital after suffering from colon cancer for long.
Ahmad Sofa was, indeed, instrumental in publishing the very first book of Humayun Ahmed. In a just liberated country, back in the early 1970s when things were not in place in many respects in society, not to mention patronisation and nurturing of literature, young Humayun literally shot into fame through his literary debut Nondito Noroke, published at Sofa's initiative.
A good organizer and a lifelong bachelor, Sofa played an important role in mobilizing writers along with Ahmed Sharif to establish the Bangladesh Lekhak Shibir (a writers' movement) in the 1970s. He always wanted the young to rise to the occasion. He was against opportunism and was a champion of idealism and progressive culture. Sofa always endeavored to inspire people in participating in progressive humanitarian causes.
Ahmad Sofa was very affectionate towards the younger generation who gathered around him. He was never seen seeking fame in a trivial sense. He was a secular thinker.
He was also a major driving force in establishing and popularizing a true artist like S. M. Sultan in post-independence Bangladesh. Sofa made endeavors to introduce Sultan's artworks to the civic art connoisseurs.
Born in Gachhbaria, Chittagong district in 1943, Sofa's career as a writer began in the '60s. On 28 July 2001, Ahmed Sofa died in a hospital in Dhaka. He was buried in Martyred Intellectuals' Graveyard.
Ahmed Sofa's outspoken personality and bold self-expression brought him into the limelight. Sofa's fiction was often based on his personal experience. He protested again social injustice and tried to portray the hopes and dreams of common people through his writing.
While reading Sofa's Ardhek Nari Ardhek Ishwari (Half Woman, Half Goddess), I was wondering why he only introduced his readers to certain real-life female characters he had come across during his youth.
Poetry and fiction apart, Sofa was admired for many of his thought-provoking non-fictional write-ups. Sofa had interest in a lot of diverse issues ranging from studying Muslim minds to the history of the sepoy movement, from letters of Ahmed Sharif to Prof Abdur Razzak, whom he revered as his Guru.
Along with eight novels, Sofa authored hundreds of lyrics, poems, short stories, essays, and columns. But in contemporary Bengali literature Sofa's role and contributions have not been widely discussed and analyzed yet. Particularly his role in inspiring the younger generation and imbuing them with the confidence to get published needs to be recognized.