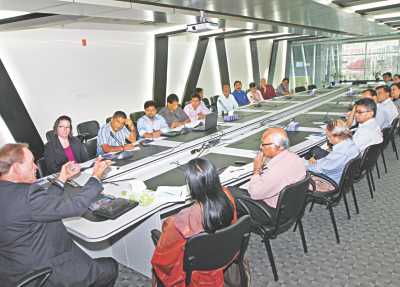 US Ambassador Dan W Mozena addresses a discussion during his courtesy visit to The Daily Star Centre in the capital yesterday. Photo: STAR

Bangladesh has every prospect to be the world's largest garment seller, but its exports to the US may land in deep trouble unless the government sincerely resolves a number of issues mostly relating to improving labour rights within this year.