Anti-graft probe goes on at snail's pace, sees no light without the driver
Staff Correspondent 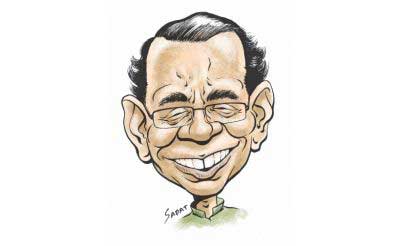 Forty-three days into the Tk 70 lakh railwaygate scandal, neither the Anti-Corruption Commission nor the rail's probe body tried to trace the whistleblower, who has been "missing" since the day after the incident.
Around midnight of April 9, Ali Azam Khan, driver of the then railway minister Suranjit Sengupta's APS Omar Faruq Talukder, drove Faruk's microbus into the Border Guard Bangladesh Pilkhana headquarters in the capital and shouted that the vehicle was carrying illegal money.
Faruq, Yusuf Ali Mridha, the then railway general manager (east), and Enamul Huq, the then security commandant of railway's Dhaka division, were in the microbus at the time. The BGB detained the four that night and freed them the next morning.
Although Azam is considered crucial to unravelling the mystery, the railway probe body headed by Director General Abu Taher completed its investigation without taking his statement.
Abu Taher earlier told reporters, "The driver's statement is not that important for our probe since we have taken statements from others. I don't believe our probe is incomplete without his statement."
The probe body found no link of Suranjit with the scandal whereas according to the terms of reference it had no jurisdiction to investigate his involvement.
After it submitted the report, the senior Awami League leader, who had to step down as railway minister in the face of strong criticism, claimed himself innocent last week and declared his return to politics.
However, ACC Secretary Foyzur Rahman Chowdhury yesterday said the anti-graft body could not certify Suranjit, now a minister without portfolio, as innocent unless it had completed its investigation.
The investigation will be complete only if the anti-graft body finds Azam and gets his statement, he added while speaking at a monthly press briefing at the commission's office.
The haul of Tk 70 lakh cash in the microbus of Suranjit's APS drew huge flak that led to the minister's resignation, but no case was filed in this regard. Police too did not take up the issue.
Both the probe committees dispatched letters to Azam's address and published notices in newspapers, asking the driver to appear before them, but did not try to locate him.
Inspector General of Police Hasan Mahmud Khandker earlier told The Daily Star that police would assist the railway probe body and the ACC in tracing the driver if they sought police help.
"Azam is the whistleblower of the incident. The probe will not be complete if we don't get his statement," Foyzur told reporters at the briefing yesterday.
Queried what attempts the ACC had made to find Azam, he asked the journalists to bring the missing driver before the commission.
He declined to elaborate any further and said the matter was under investigation.
About the progress in the investigation, Foyzur said the investigation was going on and, if necessary, they would grill Suranjit.
The ACC on April 17 formed a three-member committee headed by its Director Tahidul Islam to investigate how Faruk, Mridha and Enamul had been involved in the cash haul.
After the April 9 incident, allegations arose that there had been many irregularities in recruitment in the railway sector and that the cash found in the microbus was part of the bribe taken for the jobs.
Replying to queries on the issue, the ACC secretary said the watchdog body was investigating the roles of Mridha, Enamul and Omar Faruq in the irregularities.