Humayun Ahmed back in town 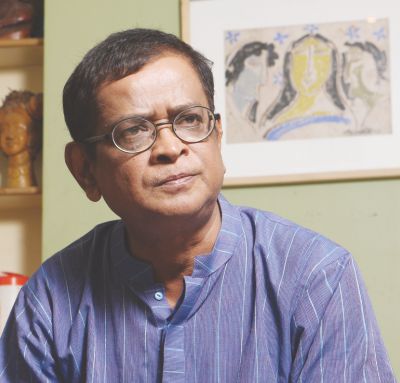 Noted litterateur and filmmaker Humayun Ahmed returned to Bangladesh from the USA after eight months of treatment. He along with his family arrived at Shahjalal International Airport yesterday at 3am.
Owner of Anno Prokash, Mazharul Islam accompanied by Ahmed’s chief assistant director Jewel Rana received the novelist at the airport.
Arriving at his residence Nuhash Palli, Ahmed met with the staff and exchanged pleasantries. Media personalities, including Shamim Shahed of Banglavision and Ibne Hasan Khan of Channel i, also met with Ahmed.
The writer also inquired about his upcoming drama and the film “Ghetu Putra Kamola” from Jewel Rana.
Ahmed travelled to the US on September 14 last year when he was diagnosed with cancer. Ahmed is expected to return to the US after 2 weeks for continuing his treatment.
Humayun has begun writing a political fiction titled “Deyal” based on events surrounding the death of Bangabandhu in 1975 and the years that followed.