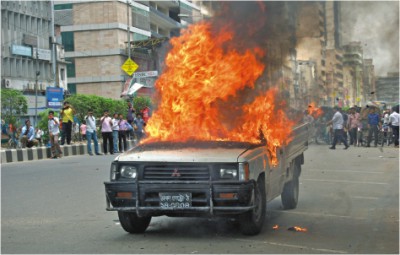 A pick-up truck set alight at Motijheel in the capital yesterday afternoon during an opposition shutdown.Photo: STAR