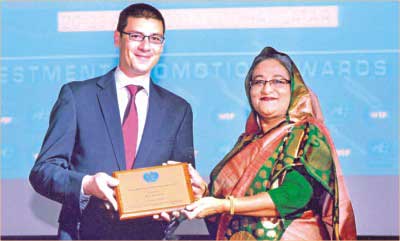 Prime Minister Sheikh Hasina gives the Unctad Investment Promotion Award to a representative of Malta Enterprise at a ceremony in Doha on Friday. Photo: PID

(With details from UNB and AFP)