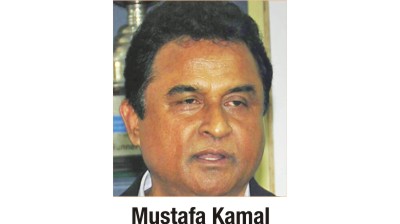 Bangladesh Cricket Board yesterday postponed its national team's tour of Pakistan following a High Court stay order on the tour for four weeks.
Bangladesh was scheduled to tour Pakistan, which has been a no-go land for international cricket teams since the 2009 terror attack on the Sri Lankan team bus in Lahore. The Tigers were to play a one-day international and a Twenty20 match on April 29 and April 30.
BCB's acting Chief Executive Officer Nizamuddin Chowdhury communicated the decision to Pakistan Cricket Board hours after the High Court bench of Justices Farid Ahmed and Sheikh Hasan Arif issued the order yesterday afternoon.
“Because of this ruling from the court, the board is not in a position to commit to the Tour of Pakistan on the dates agreed (April 28 - May 01, 2012) upon recently by the BCB and Pakistan Cricket Board (PCB). This has been communicated to the PCB and the International Cricket Council (ICC),” stated a BCB press release.
Halting the tour for four weeks, the court ordered the sports secretary, the National Sports Council chief and BCB chief Mustafa Kamal to explain as to why the decision to send the Tigers on a tour of Pakistan should not be declared illegal.
The order was issued following a writ petition filed yesterday morning by Daffodil International University teacher Khandaker Dider-us-Salam and Supreme Court lawyer Kamal Hossain Meahzi who, citing concerns over security, challenged the BCB's decision to send the Tigers for the three-day tour.
MS Azim, one of the lawyers for the petitioners, said, "Pakistan is not safe for any foreign teams now. Their own media say so. For that reason, no country agrees to play there. Under the circumstances, we should not go there also."
The petition was filed as public interest litigation on the basis of four separate reports published by The Daily Star and the daily Prothom Alo on April 17 and April 18.
The Daily Star's reports were headlined “Pak trip decision questioned-- Cricketers taken for Kamal's ride” and “It's none but Kamal decides: Board directors against Pak tour over security”, while the Prothom Alo's reports were headlined “Pakistan safor e masei (Pakistan tour this month)" and “Bideshi doler jonno Pakistan onirapod (Pakistan unsafe for foreign teams)".
Yesterday in court, Additional Attorney General MK Rahman opposed the petition saying that the BCB has not yet made the final decision to send the cricket team to Pakistan.
When The Daily Star asked him later on if they would appeal against the stay order, MK Rahman said he was yet to receive any directives on the matter.
The order, however, came as a sigh of relief to many, especially the players.
“I'm really relieved now because I was really scared about the tour…,” said a player on condition of anonymity.
This untoward situation manifested allegedly due to the whims and personal agenda of BCB President AHM Mustafa Kamal who had taken up the risky mission and in the process put the country's cricket diplomacy at risk.
The trouble began on December 17, 2011, when Kamal announced the Tigers' tour of Pakistan in April, 2012. He had said that a security team would ascertain in January whether the country was safe for the Tigers to visit.
The safety issue, however, was reportedly never a priority for the BCB boss, rather he was desperate to become the International Cricket Council's vice-president.
It was almost clear even then that Kamal was trying to get the PCB's nomination for vice-presidency by offering Bangladesh team's tour of Pakistan, a country where no international teams go to. The actions and words of the BCB boss, who too had visited Pakistan with the security assessment team, almost confirmed rumours that there was a deal between PCB and Kamal that PCB would nominate Kamal for the position of ICC vice-president if Bangladesh agreed to tour Pakistan.
This decision to tour Pakistan was never made in a transparent way as the issue was not discussed in the board meeting of the BCB and all in the board of directors had admitted of being consistently left in the dark.
Kamal's decision apparently has cornered Bangladesh in terms of cricket diplomacy. The PCB chairman has already said that the PCB would review its relationship with Bangladesh if the Tigers refuse to tour Pakistan.