We were on way to minister's residence 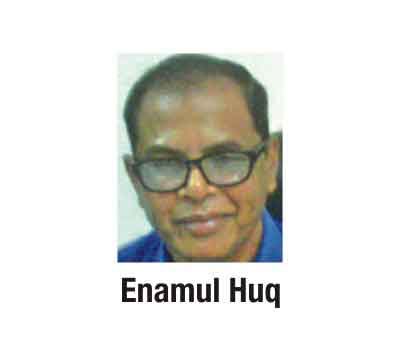 Two top railway officials, Railway Minister Suranjit Sengupta's assistant personal secretary (APS) and his driver along with Tk 70 lakh were going to the minister's Jigatola residence on Monday night, intelligence sources told The Daily Star yesterday.
The minister, however, refuted the claim.
Railway's Dhaka division Security Commandant Enamul Huq, one of the four persons who were detained by the Border Guard Bangladesh personnel at Pilkhana with the money, claimed yesterday he did not know that railway General Manager (East) Yusuf Ali Mridha and railway minister's APS Omar Faruq Talukder were going to Suranjit's house with the money.
"I came to know about the money when microbus driver Ali Azam drove into the Pilkhana headquarters around 11:30pm, screaming that there was illegal money in the vehicle," he told The Daily Star at his office yesterday.
Sources say the driver might have created the scene as he was refused Tk 5 lakh as a share of the amount.
After the scandal came to light on Tuesday, Suranjit told reporters he was unaware of the movement of the four, saying he was not supposed to know their whereabouts after office hours.
The Daily Star tried to talk to the four persons, but could reach only Enamul Huq at his Kamalapur Railway Station office.
Yusuf Ali Mridha was neither found at his Railway Officers' Staff Quarters residence nor did he receive calls despite repeated attempts.
The cell phones of the minister's APS and his driver were found switched off.
Maj Gen Anwar Hossain, BGB director general, on Tuesday told The Daily Star that his force had freed all the four detainees.
But Enamul yesterday said the BGB men still had Ali Azam, the driver, in their custody.
"As the driver was not released, another person called by the minister's APS drove us out of the border guard headquarters," he said.
This paper has made repeated attempts to contact a number of BGB officials to verify Enamul's statement but none of the border officials took any call.
Reports suggest that Suranjit had asked the BGB authorities over the phone to release the four detainees.
Asked, the minister told journalists after a meeting at the Jatiya Sangsad Bhaban yesterday that the newsmen were making it up.
ENAMUL HUQ'S VERSION:
According to Enamul, he got involved in the incident as Yusuf Ali Mridha asked him to go to the minister's house that night.
"First, we reached a house at Dhanmondi-3 by the car of the general manager [Yusuf Ali]. I waited in the car as the GM entered the house. About an hour later, the GM and the APS [Omar Faruq] came down and asked me to leave the car and get into the microbus of the APS," said Enamul.
"We arrived near Pilkhana around 11:30pm, and the driver drove the vehicle into the BGB headquarters through gate No 4."
"At one stage, the driver asked the BGB men to detain the GM and the APS, as he screamed there was illegal money in the vehicle," Enamul said.
"At this, Omar Faruq told the driver and the BGB men that there was no illegal money and that it was his money. He [Faruq] said his relatives gave him the money for business and for his sister's marriage," Enamul added.
Following arguments for around 40 minutes, some BGB personnel approached the microbus and took the keys.
"The BGB men kept us in a room in Pilkhana [on Monday night] and on Tuesday they freed three of us after verifying our identities but kept the driver detained," he said.
Replying to a query, Enamul said none intercepted them to know their identities when the driver drove the microbus into Pilkhana.
It may be mentioned that the BGB headquarters is heavily guarded and it is quite impossible for outsiders to enter it without the BGB members checking their identities.