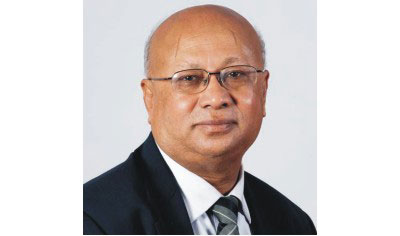 Dr.Mahabub Hossain is an internationally renowned development economist. He had MA in Economics from Dhaka University in 1969 and PhD in economics from the University of Cambridge in 1977. Currently, he is Executive Director, BRAC. He was Director General of the Bangladesh Institute of Development Studies (BIDS), Dhaka (1989-1992) and Head of the Social Sciences Division of the International Rice Research Institute (IRRI) Philippines (1992-2007). He is the President-elect of the Asian Society of Agricultural Economists (2011-2013). Dr. Hossain is known for his contribution to knowledge on agriculture policy and rural development in South and Southeast Asia. Rifat Munim of The Daily Star talks with Dr. Hossain about the progress the rural economy of Bangladesh has made in the past 40 years and also about the challenges it faces.

The Daily Star (TDS): How far has our rural economy progressed in the past 40 years?

At independence, more than 85% people lived in rural areas, which now has come down to 70%. For an assessment of the development of rural economy in the last four decades, one has to begin with agriculture. Growth in agriculture has accelerated. During the first two decades after independence, we had 2% growth per year. It increased to 3% in 1990s and 4% in the 2000s. Over the last few years it has approached 5%. This development has taken place because of rapid development in improved agricultural technology like high-yielding varieties, and rapid expansion of irrigation infrastructure through private investment in tube wells that facilitated adoption of the technologies by farmers. Although 90% of our farmers are small and marginal farmers,the average size of holding has reduced from 1.4 ha in 1960 to 0.53 ha in 2008. Though most of the farmers are illiterate, they are very innovative and have responded well to the availability of improved technology in agriculture. Our rice sector has done miracles with almost three times increase in production over the last four decades.

The growth has, however, remained limited to cereal crops -- wheat and maize -- and recently in potato and other vegetables. We have not done well in meeting the needs of the nutritious crops, such as pulses, oilseed, and sugarcane, for which we have become increasingly dependent on imports. The growth of livestock and fisheries has also not been satisfactory, except poultry farming and pond aquaculture. The non-farm activities grew faster than agriculture in the 1980s and 1990s, being facilitated by expansion of rural roads and rural electrification. But this growth has slowed down in the last decade because of infrastructural bottlenecks. The access to quality education for children and provision of healthcare facilities need to be improved.

TDS: If the rice sector has done so well, why do we have to import rice on such a large scale?

MH: We are now importing only 3% to 5% of our need, which was almost 10% at the time of independence. In fact, in normal years we are on the verge of self-sufficiency, but we have to import in the years following natural disasters -- floods, droughts and cyclones -- whose frequency and severity have been growing due to global warming and associated climate change. The government often imports for building emergency stocks and for running safety nets and social protection programmes for the poor and the vulnerable people, which will continue even after we become self-sufficient in domestic production.

TDS: You also referred to some non-farm activities. What are those and to what extent do they contribute to rural economy?

MH: Two decades ago, agriculture accounted for almost 60% of the rural income, but now it has come down to roughly 45% and rural non-farm activities have taken over. Because people have very small farms, and during slack period of cultivation they engage in many non-farm activities which include rural industry, trade and transport, labour in both road and building construction, and salaried and personal services. These have been growing faster than agriculture, except in the last decade. We have also experienced growing modernisation in the non-farm economy with modernised transport and mechanised equipment and machinery. Traditional rural industries such as rice milling by dhenki, oil pressing by ghani, and pit looms have declined and given way to modern mills and power looms.
Rural trade and transport, on the other hand, have increased tremendously. Farmers are now generating surplus for the growing urban population and purchasing modern agricultural inputs such as fertilizer, diesel, pumps and tube wells which are either imported or produced in urban areas. This has generated employment in rural transport and trading activities. The development and maintenance of rural roads has created employment in construction activities. Farm households have been using parts of their increased income for improving houses, which generates employment in house construction and construction related activities such as brick making and wood and bamboo processing. There are about 1.5 million small-scale irrigation equipments and several thousand power tillers and power threshers; operation, repairing and maintenance of these machines have also generated additional employment. In this area, I would like to particularly acknowledge the contribution of the Local Government Engineering Department (LGED) for improved rural connectivity, and the government for proactive policy change in late 1980s for liberalisation allowing the private sector to import and market agricultural machinery and inputs.

TDS: Despite these positive developments why does extensive poverty persist in villages, causing migration of unemployed rural people to cities especially to the capital city? A lot of them are living in make-shift huts along the streets as homeless people.

MH: Through migration rural poverty is transferred to urban areas. Some people are pushed by poverty to move to cities, having no alternative means of livelihood left. This kind of migration is called push migration. But there is also a pull migration that propels people into moving to cities in search of economic opportunities. Take for example the migration of garment workers. Then there's the real-estate boom where skilled masons and construction workers get higher remunerative employment than in rural areas. What is interesting is that many of these workers return to their villages temporarily during harvesting time so that they can optimise their earnings. This also happens to many rickshaw pullers and van drivers.

Bangladesh has experienced substantial improvement in poverty reduction over the last four decades. Indeed, the poverty ratio declined from 75% in the 1970s to 32% in 2010.This is a remarkable achievement. We must keep in mind that population growth is a negative factor against poverty reduction efforts. We have achieved substantial progress in population control; but it is still growing by 20 lakh every year. Had there been no or little economic growth, we could have experienced a poverty ratio of more than 80% now.

TDS: What are the challenges for rural development and how should we address them?

MH: Accelerating rural development is difficult given extreme scarcity of our natural resources and underdeveloped infrastructure. I believe development of roads and electrification and promotion of quality education are areas where the government has a lot more to do. We need to invest more on marketing infrastructure for linking farmers to markets, and extend rural electrification for promoting development of growth centres. We have plenty of human resources but we need to develop their quality with relevant education, particularly at the secondary level. We need to decentralise administration and strengthen local government, to unleash the energy of the people by allowing them to participate in development activities and to create an enabling environment of transparency and accountability. Last but not the least we must accelerate the growth of industry and formal service sector to mop up surplus in rural economy through pull migration.