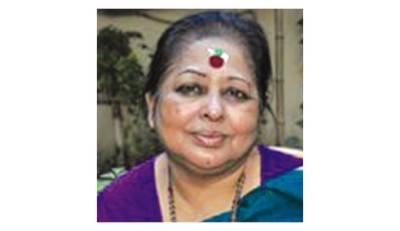 Like many other Bangalees, eminent sculptor Ferdousy Priyabhashini is happy to see those accused of mass murder and rape during Bangladesh's 1971 independence war finally stand trial.
Priyabhashini was 23 at that time, when a group of Pakistani soldiers and their Bangladeshi associates stormed into her house and dragged her away. Her husband and three children watched helplessly as she was bundled into an army jeep.
For seven months, she was repeatedly raped and tortured at an army camp in the capital Dhaka, she says.
"I was subjected to extreme physical and mental torture. They had no mercy. Many of my friends and relatives were killed in front of me," she said.
"It is heartening to see, 40 years after those atrocities, that some of those responsible for those gruesome acts are in the dock," Priyabhashini said.
Bangladesh is yet to come to terms with its violent birth in 1971.
Official figures estimate that more than three million people were killed and hundreds of thousands of women raped during the nine-month bloody battle.
Soon after the war, there were demands to try those responsible for the slaughter, rape and looting.
However, Delhi, Dhaka and Islamabad agreed not to pursue war-crimes charges against the Pakistani soldiers, who were allowed to go back to their country.
Despite various attempts, efforts to try those Bangladeshis who allegedly collaborated with the Pakistani forces did not materialise until last year. In 2010, for the first time, the Awami League-led government set up the International Crimes Tribunal to try those accused of collaborating with Pakistani forces and committing atrocities.
So far seven people, including two from the main opposition Bangladesh Nationalist Party and five from the Islamist Jamaat-e-Islami party, have been arrested and are facing trial. All of them deny the charges.
Jamaat-e-Islami opposed Bangladesh's independence from Pakistan at that time. Some of its members allegedly fought alongside the Pakistani army.
However, the two opposition parties accuse the government of carrying out a vendetta and trying to use the trial to curb their political activities.
Law Minister Shafique Ahmed maintains that the trial will be transparent and independent.
Despite the overwhelming public opinion in support of the trial, there are some bottlenecks.
In a statement issued earlier this year, Human Rights Watch said, "Bangladesh has promised to meet international standards in these trials, but it has some way to go to meet this commitment."
Defence counsels also argued that Bangladesh didn't have the expertise to try war crimes, so the trials could not be fair.
Despite the debate, there is broad agreement in the country that the trial is long overdue. The consequences are likely to be severe if it doesn't go ahead this time.
"The trial will put an end to the culture of impunity,” said Aly Zaker, an eminent writer and director. "If not, the peace and harmony which the people of Bangladesh are trying to practise can be totally destroyed."