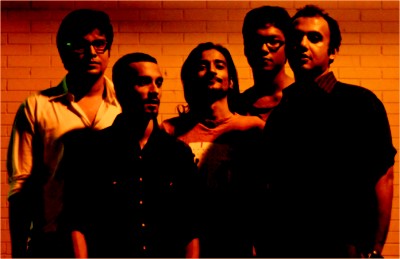 Alternative rock band Nemesis is working on its second album. The album, “Tritio Jatra”, is scheduled to be released before Eid-ul-Adha. Produced by Deadline Music, the album will contain nine songs including one English number. The songs supposedly deal with contemporary social and political issues.
The song “Kobey”, expected to be included in the album, is already quite popular among fans -- thanks to live performances. The album has been recorded, mixed and mastered at Bengal Studio. According to the band, the album will be different from the first one, as it has a more mature approach to song writing and composition.
At present, Nemesis is planning to promote the album at their concerts as well as on live television performances.
With straightforward lyrics, Zohad's easy on the ear voice and Maher's able guitar playing, Nemesis has firmly established its position in the Bangladeshi rock music scenario.
Nemesis was formed in 1999. After a few changes in the line-up during the initial years, the band started to gain ground within Dhaka's music circuit with their performances.
“Onneshon”, the debut album of the band was released in 2005. The album instantly earned plaudits with several good numbers. The first album featured a couple of English songs.
The current line-up of the band: Zohad (vocals), Maher Khan (lead guitar), Omayr (guitar), Ratul (bass) and Dio (drums).