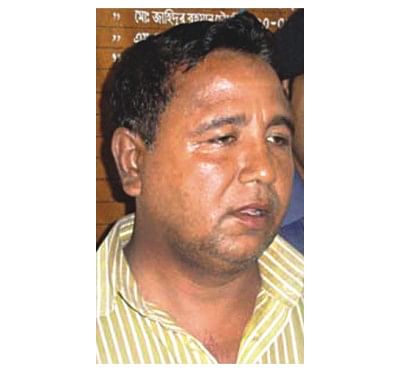 The illegal kidney trade is being run by a mafia with support from corrupt doctors of a few renowned hospitals in the country and it is aimed at harvesting organs from people in hardship. Some of the transplant surgeries were done in hospitals abroad.
Police arrested six people in this connection so far, including a key figure of the gang yesterday. Detective Branch of Police around 5:30pm arrested Tareque Azam, son of MA Azam Chowdhury of South Hossainpur of Begumganj in Noakhali, at Fakirapool in the capital.
Deputy Commissioner (DB-North) of Police Mahabubor Rahman told The Daily Star that Tareque is a key figure of the ring involved in the kidney trade. He said they are raiding spots with Tareque with them to arrest other members of the gang.
Police arrested Saiful Islam Mollah (also known as Daud) Tuesday at Bagerhat while Abdus Sattar, Abdul Karim, Golam Mostofa and Mosharraf Hossain of Kalai upazila of Joypurhat were arrested at their Joypurhat village earlier.
All of them had sold off a kidney, said police.
Police quoting Saiful said a number of doctors of well-reputed hospitals in the country keep close touch with the gang and occasionally tell them of their organ requirements. During interrogation, Saiful named eight such doctors.
Police, however, expressed unwillingness to disclose their names.
Saiful claimed that nine people in the capital keep contact with the crooked doctors. He made the mention of a mafia that has agents in every district and upazila.
Saiful told police that they go on the hunt for “donors” after the doctors tell them what they need. He said he has helped in the sale of 35 kidneys since 2005 including six from Kalai upazila of Joypurhat.
When he sold his own kidney, the operation was done in Chennai, India.
Arrestee Abdus Sattar said he has close ties with the mafia. He sold one of his kidneys for Tk 4 lakh. The operation was done in Singapore in 2005.
Sattar and Saiful said they got involved after they sold their own kidneys.
Sattar used to visit villages in Kalai upazila to convince people in hardship to sell their kidneys, police said. The mafia looked at Kalai upazila as its organ warehouse, they claimed
Police said about 42 people of Kalai upazila alone sold their kidneys to wealthy recipients at home and abroad.
Mozammel Haque, police superintendent of Joypurhat, said they are continuing their efforts to apprehend key people behind the illegal kidney trade while Officer-in-Charge of Kalai Police Station F Karim said, “We are looking for five more suspects.”
Police officials in Joypurhat said in Kalai most “donors” did not get the money they were promised. They say that the sellers got around Tk 1.5 lakh on an average.
They said the poor people who sold their organs did not come forward earlier fearing prosecution.