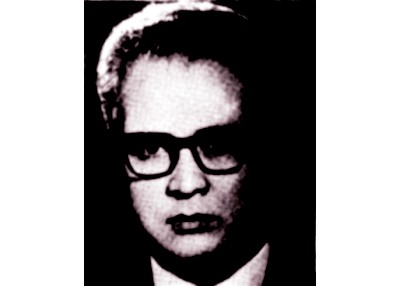 Pioneering novelist, short story writer and playwright, Syed Waliullah, was born in 1922 at Sholashahar in Chittagong. Today marks his 89th birth anniversary.
After graduating with distinction from Anandamohan College in Mymensingh in 1943, he enrolled at Calcutta University (now Kolkata University) for Masters in Economics, but was unable to complete his studies.
Walliullah's father, Syed Ahmadullah, was a government officer. His father's posting at different places provided an opportunity for the young Waliullah to see the life of people in different parts of East Bengal (now Bangladesh). These experiences helped him create many of the characters of his novels and plays.
Waliullah's literary activities began when he was a student of high school. He edited a hand-written magazine called “Bhorer Alo”. His first short story “Hathat Alor Jhalkani” was published in the Dhaka College Magazine. He was proficient in both English and Bangla. He briefly published an English journal, titled 'Contemporary'. He worked as a sub-editor at the Calcutta Statesman during 1945-47. He also used to write for Saogat, Mohammadi, Bulbul, Parichay, Arani and Purbasha.
After the partition of India in 1947, Waliullah moved to Dhaka and joined Radio Pakistan, first as an assistant news editor, and later as a news editor in Karachi (1950-51). From 1951 to 1960 he served as a press attaché at the Pakistan embassies in New Delhi, Sydney, Jakarta and London. From 1960 to 1967 he served as first secretary at the Pakistan embassy in Paris and from 1967 to 1971 he worked as a programme specialist at UNESCO in Paris.
In 1971, Syed Waliullah worked for the liberation of Bangladesh and joined hands with his friend Justice Abu Sayeed Chowdhury to enlist the support of a number of French intellectuals including Pierre Emanuel and Andre Malraux in mobilising public opinion around the world.
His first volume of short stories to get published was “Nayanchara”. His second volume of short stories, “Dui Teer O Onnanyo Golpo” was published in 1965. He wrote 32 stories, which were not included in any book. Along with fiction he had considerable mastery over plays also. His noteworthy plays are “Bahipeer” (1960), “Suranga” (1964) and “Tarangabhanga” (1965).
Waliullah is mostly known for his novel “Lalshalu”. The novel depicts life in rural East Bengal, and exposes the manipulations of charlatans exploiting the religious beliefs of the common people. It reveals his deep understanding of human psychology. Urdu, French and English translations of “Lalshalu” were published in 1960, 1961 and 1967: “Lal Shalu”, “L'Arbre Saans Racines” and “Tree without Roots” (translated by Kalimullah, Anne-Marie Thibaud and Qaisar Sayeed) respectively.
Waliullah received the Bangla Academy and Adamji Awards in 1961 and 1965 respectively.