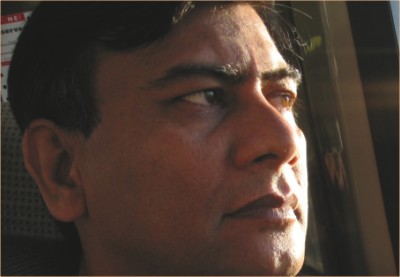 You could not help being arrested by Tareque Masud's gaze. There was always a shine to the eyes, and it came with that perpetual smile which could only draw people to him. There was every reason for him to be aloof, to stay away from the madding crowd. In a social ambience where we somehow expect celebrities to confine themselves to the other side of the fence, to bask in their glory, Tareque Masud refused to be a celebrity, was a refreshing departure. You did not have to walk up to him to exchange a hello or to tell him what a great filmmaker he was. Much to your surprise, sometimes to consternation, it was he who would stride toward you, with that luminosity of a smile all over his handsome features, to greet you.
Tareque Masud was every inch a modern man. That is something you can say about few people around you. His blend of patriotism and pragmatism was what constituted the individuality in him. Having been a student of history, having educated himself in the wider cosmopolitan study of the world he was part of, he found it eminently convenient to pass on the knowledge he had come by to all of us. In Muktir Gaan, he let the theme speak for itself. For those among us who saw the War of Liberation as history that was swiftly slipping out of our grasp, Tareque Masud, through Muktir Gaan, helped us claim it back in our collective life. More to the point, it was to the young, to those born after the war, that he offered history on a platter. Tareque Masud did for us what political propaganda could never do. He kept history on the heights.
You observe his other gifts to us. In Matir Moyna, in Ontorjatra, in Runway, it is individual conscience meshing with social awareness that you come by. Tareque Masud was the consummate film maker, one particularly fortunate in spotting a partner, a wife, in Catherine Masud ready and willing to go out on a limb to help him suffuse our universe with the glow of enlightenment. Tareque Masud was our face to the world, one of those precious few Bengalis who have done us proud in this long stretch of time since our rise as a free nation. He was at home in Cannes just as he was at ease back home in Dhaka.
A sense of realism was a hallmark in Tareque Masud. Having gone to a madrasah in the initial stages of life, he eventually moved on to a wider sphere. And yet he did not repudiate his past. A man's present is as intricately linked to his past as it is to his future. That was the dictum he worked on, which is why it worried him when some people took it on themselves to depict backwardness and hard conservatism through images of bearded and topi-covered men in this country. He was a liberal, but his liberalism had no place for fanaticism in it.
The light in our huts burns dim, now that the gods have claimed Tareque Masud.

The author is Editor, Current Affairs, The Daily Star