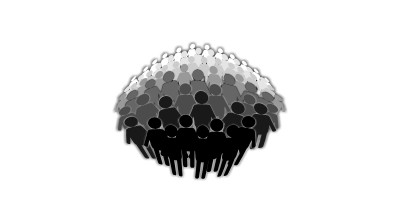 The country's population now stands at 14.23 crore, which is 1.8 crore more than a decade ago.
The annual growth rate is 1.34 percent, according to preliminary findings of the Population and Housing Census 2011.
The number of people living in every square kilometre is 964, compared to 834 in 2001.
The latest census, fifth of its kind, also reveals that average size of household has decreased in last 10 years, as families have become smaller.
Currently, household size is 4.4 persons, compared to 4.8 in 2001 and 5.5 in 1991.
In the 2001 census, Bangladesh had 12.43 crore people.
The preliminary results of the census were unveiled yesterday at a press conference at Planning Commission in the capital.
Experts and officials of Bangladesh Bureau of Statistics (BBS) say the tally could increase by five to seven percent in the final report, expected to be published in September after a series of verifications and adjustments.
The findings would be tested and verified by Bangladesh Institute of Development Studies (BIDS) to ensure that everyone has been counted.
Bangladesh is the third most populated country in South-East Asia after India and Pakistan, which have 121.45 crore and 18.48 crore people, according to United Nations Population Fund.
Its population now is higher than the combined total of Thailand, Myanmar, Sri Lanka and Singapore.
The fifth census, conducted between March 15 and 19 this year, has led to debates and controversies due to contradictions with the bi-yearly projections of the United Nations Department of Economic and Social Affairs.
BBS officials claim the census is an accurate reflection of a house-to-house survey.
The 2011 census found that the male/female ratio has shrunk over the years.
Now there are 100.3 men against every 100 women, while the figure was 106.4 against 100 in 2001.
“This deserves more research. But a reason behind the trend could be that a lot of people have migrated to other countries over the years, and most of them were men,” said BBS Director General Shahjahan Ali Mollah in his presentation at the press conference.
The increasing number of women is more striking in Barisal, Rajshahi, Rangpur and Sylhet districts, where women outnumber men by some margin.
Dhaka remains the most populated district in the country with a staggering 4.67 crore. In 2001 it was 3.9 crore, the report says.
However, in a rare exception, population of Barisal has thinned over the last 10 years. The district now has 81.40 lakh people while the number was 81.70 lakh in the last census, the report added.
“The reason behind the population decrease in Barisal could be that many people have migrated to other districts due to the recurring cyclones and other natural disasters in the region,” said Mashiur Rahman, economic affairs adviser to Prime Minister Sheikh Hasina.
Ashim Kumar Dey, census director of BBS, said there could be errors in the data found in the census. “If there are any errors in the preliminary results, they would be revealed in the PEC (post-enumeration check). As for the results, these are what we found in our nationwide survey,” he said.
Planning Minister Air Vice-Marshal (retd) AK Khandaker was present as the chief guest at the programme chaired by Chief Census Commissioner Riti Ibrahim. Yuki Suehiro, in-charge of UNFPA, also spoke.