One death, many questions | The Daily Star
Skip to main content
বাংলা T

One death, many questions 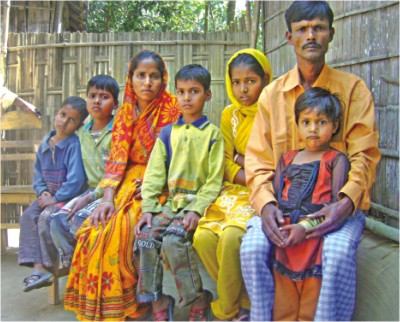 In this recent photo of Felani's family, only the 13-year-old girl is missing. She was shot dead on the Bangladesh-India border on January 7. Photo: Morshed Ali Khan

>> A guarded regret from India followed the brutal killing of Bangladeshi girl Felani on January 7 by its border force. A "promise" of no more deaths on the border came from Delhi in March. A meeting of the two border forces also agreed on use of non-lethal weapons. But the Indian force remains trigger-happy and border killings go on.
During a visit to Nageshwari in Kurigram, Special Correspondent Morshed Ali Khan looks at life on the border after the killing of Felani.