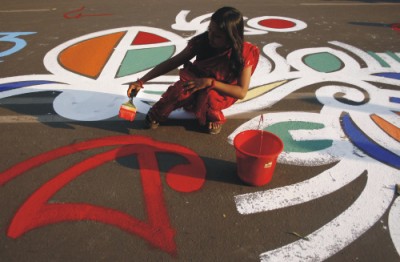 February 21 has been a day of national mourning, pride, reflection and action. It is also Language Martyr's Day. It was fifty-nine years ago on this day that Barkat, Rafiq, Jabbar, Shafiur and Salam sacrificed their precious young lives for the honour and preservation of our mother language, Bangla.
In 1954, the United Front government of Abu Hussain Sarker declared a public holiday for this day.
At the initiative of the then Bangladesh government, on November 17, 1999, the Paris-based United Nations Educational, Scientific and Cultural Organisation (Unesco) adopted February 21 as International Mother Language Day, and observed February 21, 2000 as International Mother Language Day for the first time.
It is a matter of pride for all people of Bangladesh that the supreme sacrifice made on this day in 1952 eventually led to the recognition of mother languages worldwide. This Day has become a milestone in recognition of the right to speak, promote and preserve all mother languages across the world.
Scottish historian and essayist Thomas Carlyle (1795-1881) described language as "the body of thought." This implies that if a mother tongue is crushed, thoughts and ideas will inevitably die.
About 6,912 mother languages are thought to exist today. But social, demographic and political factors are all contributing to possible disappearance of about 2,500 languages. Of them, 196 in India, 192 in the US, and 147 in Indonesia are likely to disappear, according to a report by Unesco.
Furthermore, 199 languages are spoken only by a few people. For example, Middle Chulym, now spoken by a handful of Siberian townsfolk (45 in number), has been integrated into the Russian language. When the last fluent speaker dies the language will become extinct.
What is lost when a language is lost is another world, according to many language experts. Valuable ethnographic and cultural information disappear when a language dies, leaving a gap in understanding of the variable cognitive structures of which the human brain is capable.
The immediate starting point of the tragedy of February 21 was on January 27, 1952, when the then Prime Minister of Pakistan Khwaja Nazimuddin announced at a public meeting that Urdu alone should be the state language of Pakistan. The students were infuriated by the announcement.
On February21, 1952, agitated unarmed students, both male and female, of Dhaka University decided to violate Section 144 (prohibiting an assembly more than five persons) Order in order to proceed to the East Pakistan Legislative Assembly (near S.M. Hall) to present their demand.
On their way, near the Medical College students' hostel number 12, at 3-30 PM, the police opened fire on the peaceful procession of students under the order of a magistrate (a West Pakistani). Jabbar and Rafiq died on the spot, while three others died later in hospital. (An impromptu monument was set up by Medical College Students on the site of the current Shaheed Minar.) It is believed that many more were killed, including a boy of ten, but their bodies were taken away by the police and secretly buried. The rest is history.
Of all the languages in South Asia, Bangla was the first to develop a literature of a very high order, and still holds the model for other languages. Bangla language is unique in the sense that it has many varieties of ways to describe an object. For example, in English "eye" is the only word to describe the visual organ, but in Bengali "eye" can be described in more than one way (akhi, nayan, chok, padmalochon etc).
Bangla writers in the past and present have enriched the language by transfusing Sanskrit, Persian, Arabic and English languages into it. Bangla was raised to its highest fame by Rabindranath Thakur (Tagore) when he was awarded the Nobel Prize for Literature in 1913.
In 1979, the Ekushey February Book Fair at the Bangladesh Academy premises was opened to honour the occasion. The theme of this year's fair is Rabindranath Tagore, to mark the 150th birth anniversary of the poet.
Prime Minister Sheikh Hasina inaugurated the fair while it was graced by the presence of Nobel laureate Amartya Sen. The PM had words of wisdom to say: "Read more books to know thyself, the country and the world." Amartya Sen observed that a special feature of Bangla was its capacity to absorb from foreign languages, and the sense of unity through language would take the Bengalis forward.
During the month of February it is reported 3,000 new books will be up for sale from publishers. The number of visitors to the book fair is on the rise and reading habit is on an upward curve.
Bangla books have become very expensive because the paper and other materials are costly. The government may consider exempting tax and custom duties on printing paper and other materials so as to make books easily available to readers at an affordable price. A knowledgeable nation does not grow automatically. It needs to be carefully developed and nurtured.
Another matter is to be considered by the Academy is whether the book fair can be held in various parts of Dhaka city for access to all, especially for the elderly who cannot stand for long in the queue to enter the fair.
Free adult education is necessary for mature people, and free education together with free learning equipment and school dress for poor children is imperative. In recent years, dropout from schools of poor students (almost 50%) before secondary school stage has become a big problem.
February 21 is more than a language movement for the people of Bangladesh. Many historians think that February 21 sowed the seed of a separate state of Bangladesh on the basis of Bengali nationalism, which was aptly summed up by Bangabandhu Sheikh Mujib when he said: "I am Bengali, my nationalism is Bengali."

The writer is a former Bangladesh Ambassador to the UN, Geneva.