Strike was called for Feb 21 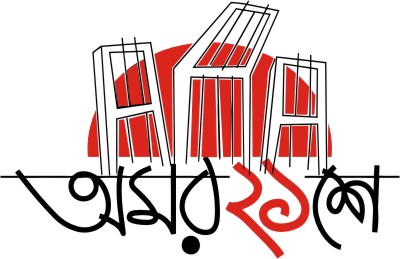 Preparations for the general strike called for February 21, 1952 went on in full swing throughout the day on February 20. A meeting of the All Party State Language Committee of Action took place in the evening at the Nawabpur office of the Awami Muslim League. Virtually the entire discussion at the meeting was given over to the question of whether to go ahead with the strike the next day by violating Section 144 imposed by the government of East Bengal. As Badruddin Umar notes, a majority of those present at the meeting were opposed to a violation of Section 144. Only a handful, including Oli Ahad, convenor of the Dhaka University State Language Committee of Action, advocated a violation of the government orders.
Earlier on the day, the East Bengal Legislative Assembly met in the afternoon. Of a total of 123 members of the assembly, 80 were present in the House. As soon as the session began, Khairat Hossain demanded a discussion on the ban imposed on the Pakistan Observer, a move that was swiftly opposed by Chief Minister Nurul Amin. The chief minister informed the MLAs that the step had been necessitated in the public interest, and had the newspaper not been banned a number of untoward incidents caused by its reports would have taken place on the language issue. The motion was not allowed by the speaker and therefore no discussion could take place on it.
The orders for an imposition of Section 144 under the Criminal Procedure Code were served on the same day by the District Magistrate of Dhaka, SH Qureshi. Issued through a press note, the orders stipulated an operation of Section 144 for 30 days. Government officials were quick to justify the imposition of Section 144. Among them was Aziz Ahmed, chief secretary to the government of East Bengal, who pointed out that intelligence reports had warned of plans by the protestors to surround the assembly premises and enter the House forcibly. The fact was that though the protestors did plan to lay siege to the assembly they did not mean to enter it. The government was simply resorting to falsehood in order to clamp Section 144 on the capital as a way of preventing any public show of protest on the language issue.
Most interestingly, it was Chief Minister Nurul Amin who put his own government in an embarrassing situation. He noted subsequently that the decision to impose Section 144 had been made at the official, meaning bureaucratic, level and he had not been consulted on the subject. Amin's statement is a broad hint of how politicians in power at the time were hostage to their officials, in other words, those who were supposed to take orders from them. Chief Secretary Aziz Ahmed ran the province with no thought to the authority of the chief minister.
The decision on an imposition of Section 144 was made known all through the city by announcements made over mike. A press statement to that effect would appear in the newspapers on the morning of the next day, February 21.