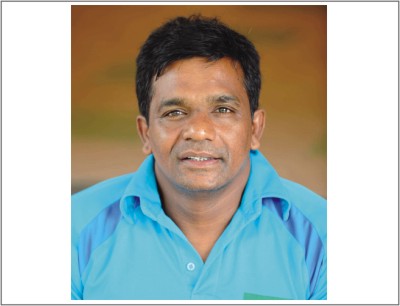 Aminul Islam led Bangladesh in their first World Cup campaign in 1999. The right-handed batsman was one of the vital cogs in the 1997 ICC Trophy triumph, so much so that it was a smooth transition for him to reach the World Cup. Now working as the Asian Cricket Council's cricket development officer, Aminul is regarded as one of the driving forces behind China's cricket growth over the last few years. Here Aminul talks to The Daily Star Sport about his World Cup experience.

Daily Star Sport (DSS): How excited were you before the start of the 1999 World Cup?
Aminul Islam (AI): The World Cup excitement had started for Bangladesh from the moment we qualified through the 1997 ICC Trophy win. It was a preparation that was long, we played the Asia Cup, and we toured England in 1998.
One thing that changed for me though was that I was confirmed captain a few months ahead of the World Cup in 1999, and so I had to make a plan, though not written, but it was to prove to the world that Bangladesh can play exciting cricket.
DSS: When you took the field against New Zealand for the first match, what was going through your mind?
AI: Here I would like to thank the cricket board for arranging the 1998 tour and also ensuring we arrived in England a month ahead of the World Cup. We beat Middlesex and Essex in the warm-up matches and as a result, I didn't feel too nervous in our opening match against New Zealand. I thought we could give them a good fight and play some hard cricket.
DSS: How nervous was the dressing room when Bangladesh were five for 26 against Scotland?
AI: We lost six wickets very early and yes, we thought we might lose the game. Scotland were the only team who were close to us in terms of strength, so it was the one game we thought we should win. It was in their condition but we had targeted them.
DSS: How memorable was the win then?
AI: It was a big win for our identity. We wanted to be the superior Associate nation at the time, and the way we didn't give them a chance in Malaysia two years ago, it was an vital win.
DSS: Was there any sadness attached to the campaign?
AI: Apart from the Gordon Greenidge sacking, everything went well. He was a very successful coach and to see him sacked after our win against Pakistan, it was indeed sad.
DSS: Tell us about the Pakistan win …
AI: We never really thought we could beat such a big team with such ease. We hadn't tasted a win like that one before. So yes, it was very special; plus they won all the previous matches. The moment I realized we are going to win was after they had lost the fourth wicket. Our bowling and fielding were really good that day so I was being confident.
I think we improved as a team everyday in that tournament.