Out of sight, not out of mind | The Daily Star
Skip to main content
বাংলা T

Out of sight, not out of mind

Jayasree Kabir keen on returning to Dhaka cinema
A Correspondent 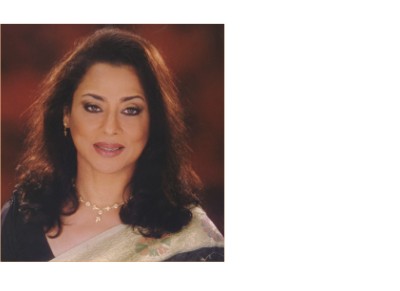 Though she had isolated herself from the world of cinema for over two decades, her face remains ever familiar to the Bangladeshi audience, thanks to the song “Bimurto Ei Ratri Amar” (composed by Bhupen Hazarika) featured in Alamgir Kabir's film “Shimana Periye”. Jayasree Kabir, seen lip-syncing, in the song became part of a classic.
The former Miss Calcutta (1968), who got her first break from Satyajit Ray through the film “Pratidwandi” in 1969, was married to filmmaker-producer Alamgir Kabir. Alamgir Kabir passed away on January 20, 1989. Jayasree and he divorced before that and the former moved to London with their son Lenin Saurav Kabir. During her stay in Bangladesh, Jayasree had done several films, of which “Shurjokonya”, “Rupali Shoikotey” and “Mohona” are noteworthy.
Though living in seclusion, Jayasree has not completely severed her ties with Bangla cinema. During a recent phone conversation, she revealed that she keeps herself updated on Dhaka and Kolkata films.
Jayasree, who currently teaches English at a college in London, said, “I had cut myself off from acting and the media when I was finding it difficult to juggle a demanding career and bringing up my son as a single parent.” She did however give occasional voice-overs for BBC and Channel 4, attended workshops on cinema and represented Satyajit Ray in film festivals.
“Now, with my son settled in his career, I can consider projects which have long been buried in my mind,” she said.
Jayasree is keen on checking out the facilities in the Bangladeshi film industry, where she worked for a decade and has enduring memories.
“It shouldn't be difficult to improve the standard of Bangladeshi films, with the aid of technology,” she said. “Young filmmakers need to take the initiative towards that end.”