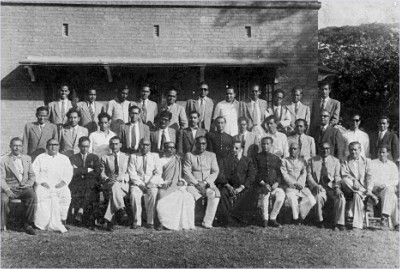 Caption of the photo: H S Suhrawardy, Prime Minister of Pakistan visited the Press Club in 1958. Provincial Chief Minister Ataur Rahman Kdhan along with his cabinet colleagues and Tofazzal Hussain Manik Mia, Editor of the Daity Ittefaq and members of the Press Club are also seen in the photo. The photograph was taken on the western side of the old Press Club building. Courtesy: Syed Badrul Haque

Syed Badrul Haque is a member of the National Press Club and a contributor to The Daily Star.