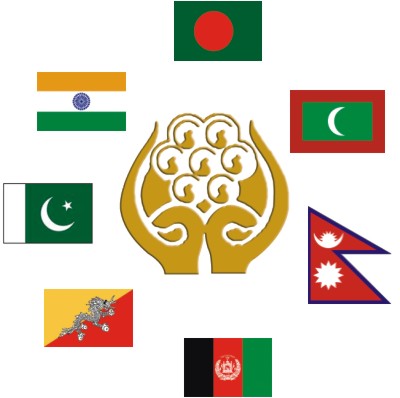 It is always easier to do things within one's own country than outside, or at least it should be. One does not need a passport or a visa to travel inside one's country, but those formalities are required when one ventures outside.
Telephone calls within one's own country are also cheaper than to foreign lands. The same logic can be extended to a regional grouping, such as the South Asian Association for Regional Cooperation (Saarc), which is celebrating its 25th anniversary this year.
If none of these conditions are satisfied, one has to conclude that the regional grouping is not real; that it has been more an opportunity for mutual ego-stroking for the region's leaders, than something yielding tangible benefits to South Asia's people; that there is little to celebrate after 25 years.
Given the reality of cross-border terrorism and paranoid security policies, it will be some time before lines outside the Saarc-country consular offices disappear. But cheaper telecom connectivity within Saarc is eminently achievable. In fact, the Declaration of the 15th Summit held in Colombo in 2008 recognised this fact and urged action.
It said: “The heads of state or government observed that an effective and economical regional tele-communication regime is an essential factor of connectivity, encouraging the growth of people-centric partnerships. They stressed the need for the member states to endeavour to move towards a uniformly applicable low tariff, for international direct dial calls within the region.”
This was two years ago. Progress on implementing this directive appears a good measure of the efficacy of Saarc.
Have the prices of intra-Saarc calls come down?
The Sri Lankan fixed operator has done the most to follow the directive, though not enough to be fully compliant. It offered a uniform price of $0.16 a minute to all Saarc countries in February. This was achieved by reducing the price to Afghanistan by 83 percent, to Bhutan by 70 percent, and to all other Saarc countries by 51 percent.
Bhutan responded by reducing prices to all Saarc countries by 34 percent, except for Afghanistan where no reductions were made, and for India, where the reduction was a massive 65 percent. India also reduced prices by 30 percent to most Saarc countries.
Both continue to play favorites, with Bhutan offering a lower-than-Saarc price to India, and India offering a lower price to Sri Lanka. Bangladesh's fixed operator, who sets the international prices for all networks, has ignored the Saarc directive completely.
From mobile phones, India offers the lowest prices to Saarc countries, at a uniform rate of $0.20 a minute. This was the result of an eight percent decrease of the already low prices. Mobile-originated calls to Saarc countries from Bhutan have come down the most, with 34 percent reductions to most and a 65 percent reduction to India. Nepal shows the second-largest decrease of 28 percent to most Saarc nations, but the actual prices remain relatively high at $0.26 a minute.
Bangladesh shows a marginal 10-12 percent decrease with peak/off-peak prices of $0.26/0.22 a minute to all Saarc countries, except Afghanistan.
Is it cheaper to call within Saarc than outside?
The answer is a qualified no. There has been progress since 2008, but not enough.
Sri Lanka's lower, uniform intra-Saarc fixed prices ($0.16) looks less impressive in relation to the $0.11 to the US, UK, China and South Africa. India's fixed operators offer calls to UK and US at the same price ($0.15) as its Saarc favorite, Sri Lanka. It means that it is costlier to call Dhaka from Delhi ($0.20), than to call far-away Washington DC ($0.15).
BTCL offers a Saarc rate of $0.26/0.22 also to Malaysia, Saudi Arabia and the UAE. It does not favour non-Saarc countries more than Saarc, but neither is the Saarc price the lowest. Nepal is the only country offering lower prices from fixed lines to Saarc, a status it exclusively held in 2008 too.
For calls from mobiles, the picture is pretty much the same. India offers a Saarc rate of $0.20 to Saudi Arabia and South Africa, and offers calls to US, UK, Singapore and Hong Kong for as little as $0.14. Clearly, there are no benefits from being in Saarc for the millions of Indian mobile users. Nepal, the Saarc loyalist, is offering rates that are less than 50 percent of non-Saarc prices.
The Saarc is not real, as measured by the cost of communicating within the region as opposed to communicating outside. Progress has been made, but only in a few countries, and not in a concerted manner. The South Asian Telecommunication Regulators' Council (SATRC) has been ineffective. The telecom directives of the 15th summit have been ignored, proving that Saarc is good at issuing declarations but bad at implementing.
The resolution to implement resolutions from the Thimphu Declaration of 2010 is quoted below:
The leaders agreed that the scope and substance of cooperation had expanded…However, a number of these had not translated into meaningful and tangible benefits for the people… They resolved that the Silver Jubilee Year should be commemorated by making Saarc truly action oriented by fulfilling commitments, implementing declarations and decisions and operationalising instruments and living up to the hopes and aspirations of one-fifth of humanity.
Will this awaken the region's telecom policymakers and regulators? What resolutions will be passed at the next meeting of the Saarc heads of state or government when we report their continued somnolence?

The writer is the chair and CEO of LIRNEasia, a regional ICT policy and regulation think-tank. He can be reached at rohan@lirneasia.net.