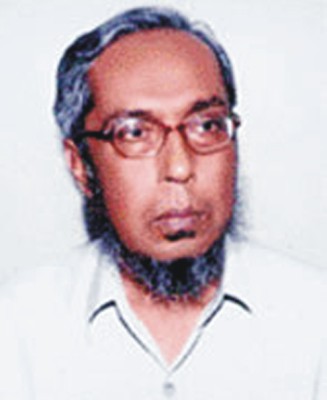 Prof Dr SM Nazrul Islam of Mechanical Engineering department of Bangladesh University of Engineering and Technology (Buet) has been appointed the vice chancellor (VC) of the institution.
A reliable source at the education ministry confirmed The Daily Star yesterday afternoon that procedure of appointing Prof Nazrul to the post has been completed.
A letter regarding the appointment will be sent to the Buet authorities this morning, according to the source.
Buet officials said the new vice-chancellor is expected to take over the office from the outgoing vice chancellor Prof AMM Shafiullah today or tomorrow for a four-year tenure.
One of the senior most professors of Buet, Nazrul Islam is the incumbent president of the Institution of Engineers, Bangladesh.
The outgoing VC Prof Shafiullah will complete his four-year tenure today. He took over the charge on August 30, 2006, said Buet officials.
As per rules, President Zillur Rahman also the chancellor of Buet will appoint the new VC, said Shafiullah.
Completing B.Sc and M.Sc degrees from Buet, Prof Nazrul Islam did his Ph.D from University of Windsor in Canada. His research fields include renewable energy, turbulence, computational fluid dynamics and fluid machinery, says the official website of Buet.
Prof Nazrul told The Daily Star that he has been informed about the appointment and he will start office after getting the official order.
The outgoing VC Prof Shafiuallh thanked his colleagues and students for providing supports during his tenure and hoped that they will work similarly with the new VC in future.