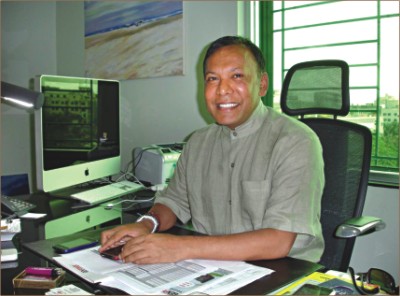 Imdad Haque says how he manages his business: "Hire the best of the best. Inculcate a corporate culture of being a family, deal with your associates with respect and never take advantage of your position."

The writer is the managing director of Syngenta Bangladesh Ltd.