'Smuggler' beaten to death by BDR 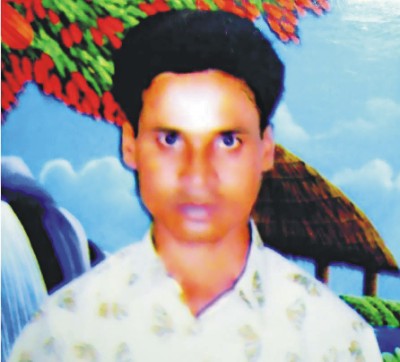 A young man was beaten to death allegedly by Bangladesh Rifles personnel near Mogholhat border area in Sadar upazila of Lalmonirhat Tuesday night.
The BDR men also threw away the body of Rashidul Islam, 27, into the river Dharla, victim's family members claimed.
Five BDR jawans from Mogholhat BDR camp picked up Rashidul, of Chawratari village of the upazila from a grocery shop of the village around 8:00pm and took him to the bank of the river.
The jawans beat him up mercilessly, leaving him dead on the spot. Rashidul cried out for help during the beating but no one came to his aid in fear of the jawans, family members and locals alleged.
The BDR men later threw away the body into the river, they said.
Local people jumped into the river in a bid to recover the body after the BDR men had left the spot. But their efforts went in vain.
Abdul Haque, father of the deceased, said BDR men took away his son and threw his body into the river after killing him.
Rashidul might have been killed following an altercation over not paying bribe to the BDR men, sources said.
Subedar Habib, company commander of Mogholhat BDR camp, denied the allegation saying that Rashidul was a member of an identified smuggling gang in the area.
A BDR patrol team of five chased the gang while they were smuggling Indian fertiliser using the river way on the night. Rashidul was monitoring the smuggling activities over his cell phone from the Chawratari border, he said.
Sensing the presence of the patrol team, Rashidul jumped into the river in a bid to evade arrest, he added.
Lt Col Aslam Hossain, commanding officer of Lalmonirhat 31 Rifles Battalion, said they were investigating the incident, adding that departmental action will be taken against the BDR men if their involvement in the killing is proved.
Contacted, Lalmonirhat DC Mokhlesur Rahman said a three-member probe committee was formed to investigate the incident.