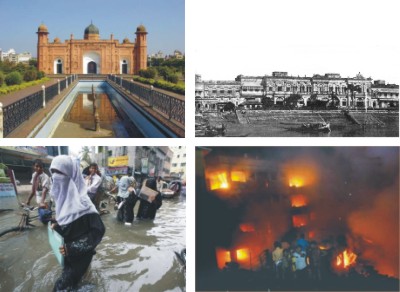 Clockwise from Top(left): Tomb of Pari Bibi near Lalbag fort built by Shaesta Khan. Ruplal House on the picturesque riverfront (late 19th century photo). There is no certainty that the catastrophe like Nimtoli will not recur. Today's Dhaka is plagued with a number of mounting problems.