He fails to upgrade SSC results of Liton's daughter, gets threats on his life; mayor now accuses him of defaming Bangabandhu
Staff Correspondent, Rajshahi 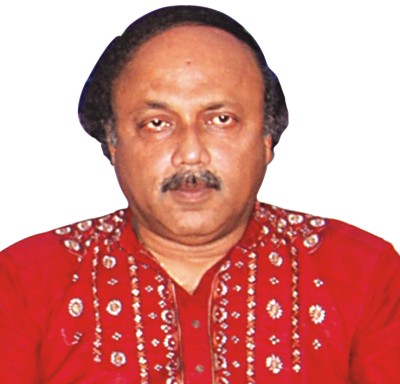 Rajshahi Education Board Chairman Dipakendranath Das left the city Saturday night for Dhaka after filing general diaries with two police stations following threats on his life allegedly from the city Mayor Khairuzzaman Liton.
The Rajshahi mayor asked the board chairman repeatedly over the phone to upgrade his daughter's SSC results, Dipakendranath alleged.
Khairuzzaman also acknowledged that he had requested Dipakendranath to look into the result of his daughter but denied the allegation of threatening the board chairman.
The mayor, on the other hand, brought allegation against Dipakendranath of not observing the National Mourning Day in a befitting manner at the Rajshahi Education Board this year.
In his identical GDs filed with Boalia and Rajpara police stations in Rajshahi the education board chairman alleged that he had been asked to leave Rajshahi forever over the phone since August 27. The callers also threatened him with death.
He, however, refrained from mentioning names of any individual or party in his GDs.
Earlier on August 27, the board chairman alleged that the city mayor threatened to transfer him if he did not entertain his request of upgrading his daughter's SSC result.
Anika Faria Zaman, the mayor's daughter, secured GPA 4.56 in this year's SSC examinations. Dissatisfied with the result she along with 2300 other examinees appealed to the board for review of their results on June 22.
As review results came out on August 9, some 23 examinees got their results changed but Anika's results remained the same.
The board chairman explained that Anika failed to get GPA 5 because she secured A minus in Bangla and obtained A in English, Mathematics and Chemistry.
“There was no scope of reviewing her result as her review results had already been issued,” he said.
Dipakendranath alleged that the mayor threatened him twice --on August 18 and 25 - over the phone.
When asked Mayor Khairuzzaman Liton told The Daily Star, “I talked to him in a high-pitched voice as he defamed Bangabandhu and did not observe the National Mourning Day in a befitting manner.”
The chairman disheartened many board officials and employees by comparing Bangabandhu with Ziaur Rahman, the mayor said, adding: “As I came to know about the matter, I only asked him to be careful.”
“The question of forcing or threatening him to manipulate my daughter's results can not arise. The board chairman is tarnishing the image of my family only to cover up his faults,” said the city mayor.
“But it is true -- as a father, I requested him once to look into the review result of my daughter personally. And now I see, it was my fault as a city mayor.”
The board chairman, however, said that the mayor and his party are now cooking up stories to divert people's attention from the issue of SSC results of his daughter.
“The allegations against me are totally false and fabricated. In fact, the National Mourning Day was observed inside the Rajshahi Education Board mosque and as I am a Hindu, I was not present but I sent a message which was read out there,” he added.
The chairman said, “Misbehaviour of the mayor with me is quite unacceptable.”
Meanwhile, ruling Awami League leaders and activists under the banner of an alliance of professionals, cultural and social organisations held a rally near the Rajshahi Education Board office at Laxmipur in the city yesterday.
The speakers at the rally accused the board chairman of corruption.