“Subir is intense. When he sets out to do something he gets it done. He has passion for quality. I don't know how many people who have that drive.”
— David Power III
Founder of JD Power and Associates

Large organisations like General Motors, Xerox, Hyundai and Caterpillar rule the world's economy. But how have these conglomerates conquered the world market? The answer is simple: with the quality of their products. But to get this simple answer all of them have to pay millions of dollars. And a Bangladeshi engineer named Subir Chowdhury has been behind much of their success. His works to ensure quality products have saved many giant organisations from being bankrupt during the recent financial crisis. Hailed by The New York Times as the leading quality expert, Subir Chowdhury, the guru of quality management has been advising the world's giant industries on quality management for more than two decades. 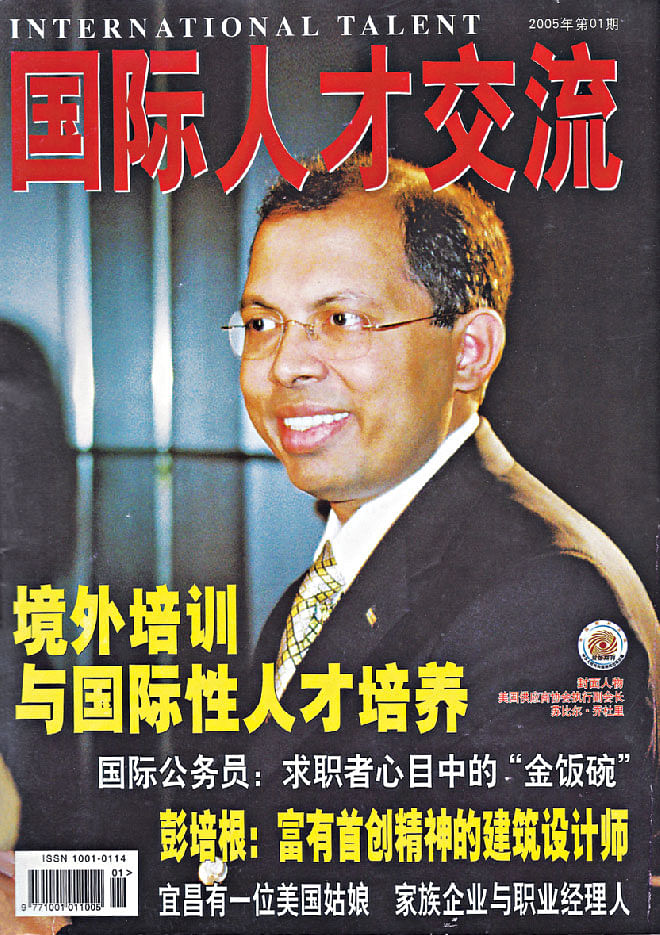 But Chowdhury's profile as the world's leading management consultant does not say much about this charismatic figure. Crossing the boundaries of business and industry, his thoughts on quality has been the inspiration to obtain a better life for millions of people around the world. His philosophy and work for improving the quality of people's life have made him one of the most respected thought leaders of the twenty first century. He has also made an epoch making contribution for Bangladesh's development by establishing the first research centre in the United States which will conduct research only to improve the quality of life of ordinary Bangladeshis. The Chowdhury Centre for Bangladesh Studies established at University of California, Berkeley is the first of its kind not only in the US but also in the entire western hemisphere.
Sitting in the living room of his Los Angeles, California home with the view of the Pacific Ocean in the horizon, Subir Chowdhury remembers his journey from Chittagong, the port city of Bangladesh. Born in 1967, Chowdhury's life is the story of victory against all odds. Chowdhury says, “My life is all about passion for overcoming challenges. From my early years in Bangladesh I have always taught myself to struggle to win the obstacles.” The day he was refused first position in the school unfairly, he became determined to break social barriers. Chowdhury says. “My mentor during those early days was my maternal grandfather. He used to tell me that great personalities do not belong to any particular religion, community or society. They belong to the people of the entire world.”
His grandfather instilled in him the thirst for knowledge beyond the textbooks. He says, “One day, my grandpa offered me a ten taka note and a pen and told me to select one. As a young kid, I selected the money. Then he said to me, “Don't go for money, go for the pen which creates knowledge. If you have the knowledge, you will lead the world.”
That initiated a new beginning of Chowdhury's life. He started to read all the books of contemporary writers and poets like Sunil Gangopadyay, Shamsur Rahman, Samaresh Basu and so on. Then, unlike other readers he started to write to the authors about his thoughts on their works.  Chowdhury says, “After sending many such letters I started to get good responses from these literary stalwarts. Thus by the time I got admitted to Indian Institute of Technology (IIT), Kharagpur I had become friends with some of the greatest literary personalities of the sub continent. Their intellectual ties with me helped me a lot to shape my views and thoughts.” 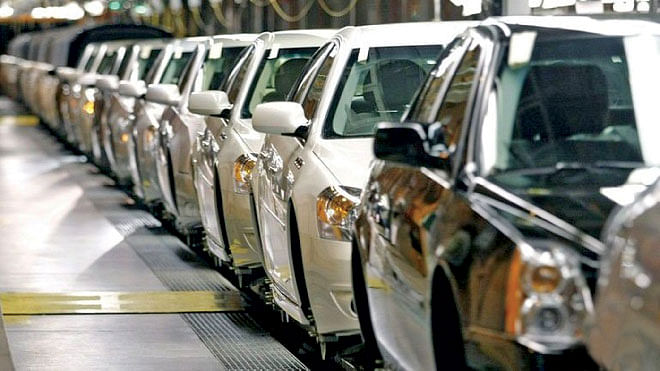 As Chowdhury wanted to be an engineer he left Chittagong Medical College after six months to study aeronautical engineering at IIT, Kharagpur. Students like Chowdhury had ready fortune in NASA or Boeing but unlike most of his classmates he returned to Bangladesh after graduation with a dream to develop Bangladesh's future in the field of technology. At that time in 1989 the computer industry in Bangladesh was in its rudimentary stage. While serving the dealer of the Apple computers in Bangladesh, Chowdhury used to train the officers of Bangladesh army and government of computer system and applications. He was only 22.
“At that time I was hungry for knowledge” says Chowdhury. “I used to work more than 18 hours and I have taught myself about the newer applications of computer as there was no expert in Bangladesh in this regard.”
Chowdhury also took initiative to spread his acquired knowledge by publishing one of the first IT magazines in Bangladesh's with two of his friends. The magazine named Silicon received astounding response from readers. But after exposing some faulty training on ICT that some companies used to offer for Bangladeshi students, their publication came under threat. Frustrated, Chowdhury went to the USA for higher studies. After completing his masters he joined General Motors (GM). It was his first step in the world of quality management.
Chowdhury says, “After joining the GM I asked myself why are these vehicles of the GM are not the best in the world?” With this question in mind he started to scrutinise the production process of the industry. He persuaded quality gurus like Dr Genichi Taguchi, JD Power III, Philip B Crosby and got their valuable advice. With all his enthusiasm Chowdhury formulated ideas to implement the quality system but GM at that time was not ready to receive such revolutionary ideas from a young employee. But Chowdhury was not daunted. He published his ideas in his first book named QS-9000 Pioneers in 1996 which he had co-authored with Ken Zimmer. It was the first book in the world that defined the common standardisation for automotive quality. 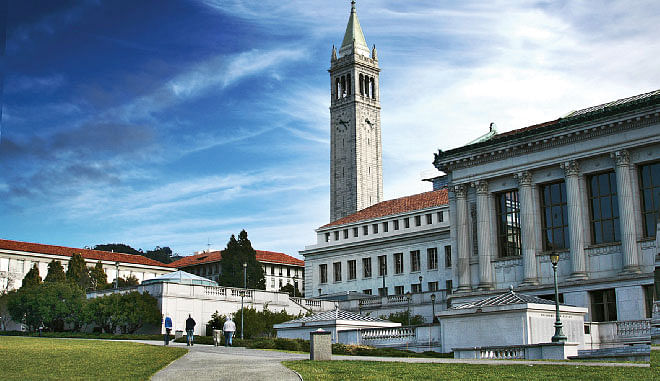 University of California Berkely houses the only research centre for Bangladesh studies in the United States.

This was only the beginning of Chowdhury's triumphant journey as an author. Then he started to take the challenge of deciphering the strategy of quality management for common readers. In his book The Power of Six Sigma, he has made complex topics of quality management very easy to understand by describing them in the form of a charming story. In 2001 it had become the bestselling nonfiction book and translated into more than 25 languages. It was so well written that many companies distributed the books among their employees e.g. Caterpillar Inc. distributed 72,000 copies of this book among its employees. Chowdhury has also authored fundamental books on business management and leadership such as Management 21C and Organization 21C. He is the only person in the world who has co- authored three books with Dr. Genichi Taguchi, the quality legend of the 20th century.  By this time Chowdhury left his job and joined his mentor Taguchi's American Supplier Institute (ASI). Now Chowdhury is the chairman and the CEO of ASI Consulting group, LLC which is considered an authority in the field of quality management. 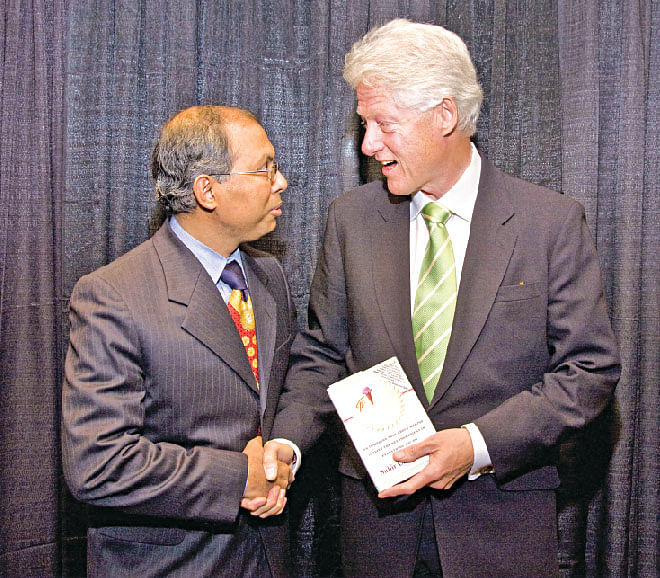 Presenting his book ‘The Ice Cream Maker’ to US President Clinton.

Chowdhury's thorough research on quality management produced a revolutionary idea in this sector which is called the LEO concept. This is very simple but extremely effective management system based on three ideas; listen, enrich and optimize. Listen denotes reaching all the stakeholders of any service, enrich means realising and utilising their feedbacks and creating new ideas for solving problems and optimize is to select the best solution subject it to testing in the real world and correct all shortcomings. In his book titled The Ice Cream Maker Chowdhury introduced this simple but revolutionary idea in the form of a novel. The book was formally recognized in the 109th US Congress and distributed among all the members. He has published 13 books in total.
But Chowdhury's dream remained unfulfilled. “It has been always my dream to do something for my country that can improve the quality of my countryman's livelihood” says Chowdhury. From this goal he started to pursue America's top universities to open a research centre for Bangladesh studies. “Enthusiasm and the academic quality of University of California, Berkeley made me launch the Subir and Malini Chowdhury Centre for Bangladesh studies here” he says. Subir and Malini Chowdhury Foundation has offered US $1million to establish the centre and UC Berkeley has also committed US $600,000 for the centre. The centre is currently offering two fellowships for researchers and one scholarship for undergraduate students. Meritorious graduate students from any part of the world can apply for the research fellowship but the first and foremost criterion for selection is their research must bring significant improvement in the quality of life of Bangladeshi people. 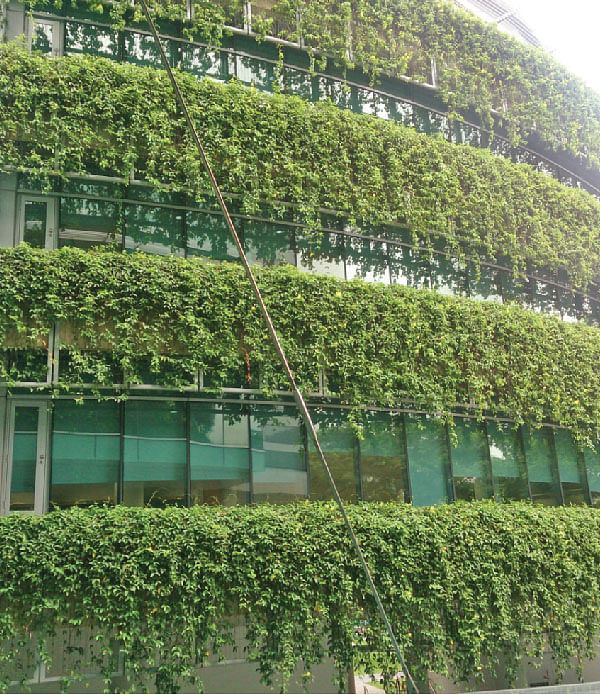 The centre has already awarded a fellowship to conduct research on maternal and infant health in Bangladesh and another fellowship to conduct research on why political parties in Bangladesh use violence as their campaign strategy. The centre will also arrange conferences on Bangladesh where students and scholars from Bangladesh and all over the world who are working for Bangladesh can share their views and experiences. If our government comes forward, renowned public universities of the country will be able to start academic exchange programmes with the centre. Chowdhury says, “I believe the world's best research institutes can be established in Bangladesh also. It only needs a little initiative from the Bangladesh's government and private sector. And I am very eager to be a part of such initiatives.”
Subir Chowdhury has received much recognition for his remarkable professional life. He is the only person from Asia who has achieved the Society of Manufacturing Engineer's Gold Medal and Society of Automotive Engineers (SAE) Henry Ford II Award of Excellence in Automotive Engineering. He has received an honorary doctorate of engineering from Michigan Technological University. He has been given the Outstanding American by Choice Award by the US government. Chowdhury says, “What I think as the reason behind my success is I never did anything for money and fame. What I did, I did it from my passion to gather knowledge and to spread the knowledge. So, I have accomplished every task with tremendous effort and care.”
In 2011, He was selected as one of the "top 50 management thinkers in the world" by Thinkers50, an organisation created by Des Dearlove and Stuart Crainer.  In 2013, Thinkers 50 again recognised him with a nomination for the 2013 "Breakthrough Idea" award for his work on "Economics of Quality". Each year the Subir Chowdhury Fellowship on Quality and Economics is awarded by both Harvard University and London School of Economics and Political Science to a graduate student to research and study the impact of quality in the economic advancement of a nation. 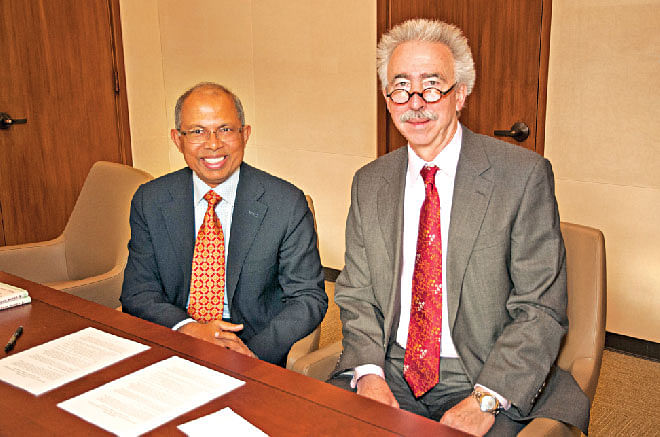 Chowdhury says at the end of the interview via Skype, “The only reason I shared my story is I want to inspire the youth of Bangladesh. I want to tell them please never give up hope. Keep in mind that dreams don't come true, but goals do. I know how many challenges a Bangladeshi young has to face, but from my experience I have learnt that all these challenges will make you stronger if you have the courage to pursue your goal.” 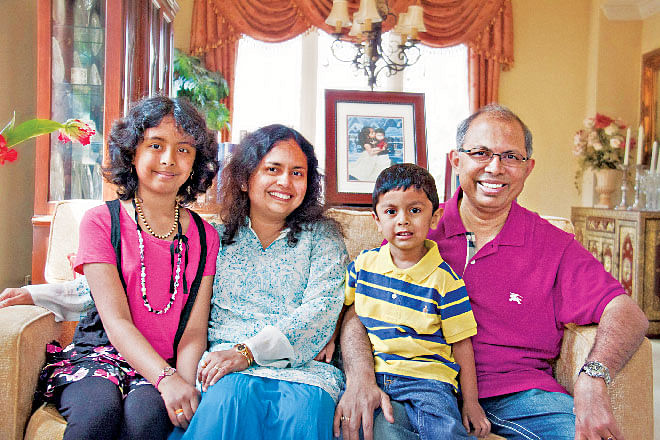 Chowdhury is also a caring father of two children. His wife Malini is a great inspiration for all his work. Photo Courtesy: Subir Chowdhury