Guptill opens up on criticism 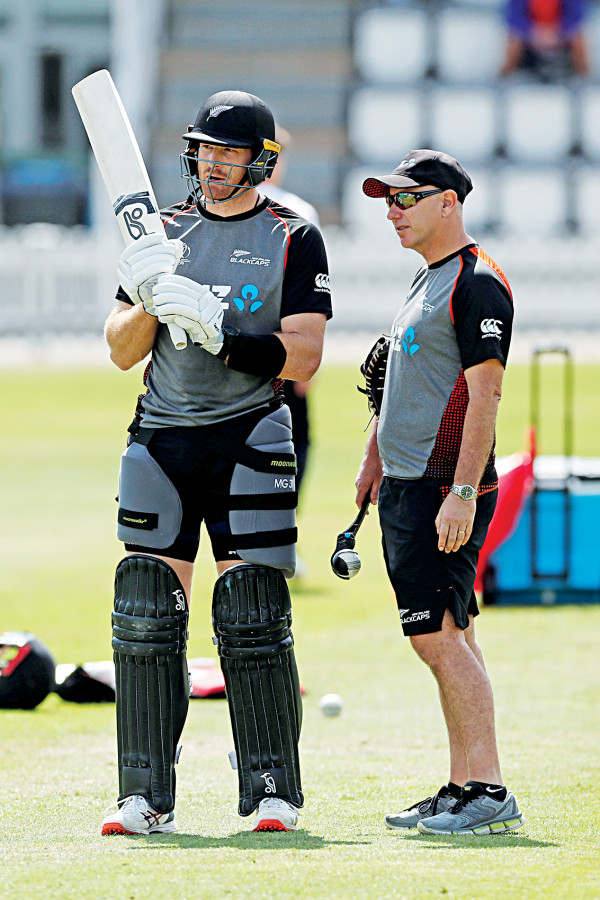 New Zealand opener Martin Guptill (L) has struggled with the bat so far, but both he and coach Gary Stead are confident he will turn it around. PHOTO: REUTERS
AGENCIES, Auckland AGENCIES, Auckland

Out-of-form opener Martin Guptill says it has been impossible to ignore the criticism of his batting, but remains confident he can step up when it matters most for the Black Caps.

Apart from the opening Cricket World Cup game against Sri Lanka, Guptill has been horribly out of sorts, averaging a paltry 11.75 in his last eight innings.

The outside noise has grown with each failure and the 32-year-old did not try and hide the fact it had taken a toll.

“In this tournament it’s all encompassing. It is hard and the hard work probably goes unseen.”

The good thing for Guptill is he still has one more opportunity to make a vital contribution. And it just happens to be on the biggest stage of all when New Zealand meet England in the Cricket World Cup final at Lord’s on Sunday.

Guptill described his struggles at the crease as a “catch 22”, saying: “I’ve felt a little late on the ball in quite a few games, which is hard to deal with. You don’t want to move early because then you get stuck.”

But he has seen promising signs in the nets of late and will take a positive mindset into the final.

“The last couple of nets I’ve probably felt the best I have since I’ve been here,” he added on 1 News. “I’ve put a lot of time in and for it not to be working out in the middle it’s frustrating. People can say they’re frustrated with me but no one is more frustrated than what I am.

“I’m just trying to carry on with what I’ve been doing, work hard in the nets and hopefully in the next game it all comes together.”

Guptill cut a forlorn figure in the stands after being dismissed for just one in the semifinal against India. That was in complete contrast to the end of the match, as he ended up playing a pivotal role with his run-out MS Dhoni all-but sending the Kiwis into the final.

Reflecting on his moment of brilliance, Guptill revealed he was late to the ball but felt the throw would hit the stumps.

“When it first came off the bat I thought it went straight up so I didn’t actually move straight away,” he said.

“So I let the handbrake off and tried to get there as quick as possible, clean pick up and when the ball was halfway to the stumps I thought it’s not missing.

“Direct hits are always close so we knew we were in with a shot. Luckily for us it was a matter of inches.”

Meanwhile, Guptill’s batting partner for the last two matches, Henry Nicholls, is being monitored for a tight hamstring.

If Nicholls is ruled out that will most likely result in a reprieve for Colin Munro. However, Black Caps batting coach Craig McMillan said he expects New Zealand to have a fully fit squad for the final.