Do not delay to seek help for your child 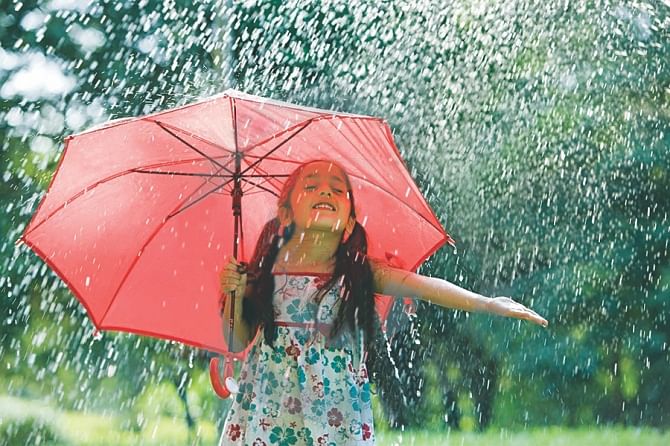 Raisa loves rain and loves to shower; it is a struggle for her mother to take her out of shower every day. Raisa Habib, at three and half years, is a bundle of joy, full of life and health. Their parents, both teaching in Rajshahi University, have already started making plans to send her to pre-school. While bathing Raisa one day, her mother felt a swelling on her right flank that too was vague and painless. She did not have any other complaints like fever, etc. Hence her parents did not feel the urgency to consult a doctor. After few days in a social get-together party, Raisa’s mother casually mentioned about this swelling to one of her doctor friends. He suggested her not to ignore this and to consult a Paediatric Surgeon. A Paediatric Surgeon focuses on surgery of infants, children, adolescents, and teenagers.

When they visited the Paediatric Surgeon in the tertiary care super specialty hospital in Dhaka, the Consultant rushed Raisa through some investigations. These very urgent and essential investigations revealed Raisa having Wilms’ Tumour in her right kidney; a cancer of kidney. “I still remember how difficult it was for me to share this shocking news to the parents who were relatively less tensed while their only daughter was playing and laughing in my chamber” says the Paediatric Surgeon of the hospital.

Factors that may increase the risk of Wilms’ tumour include:

Raisa’s surgery was planned without delay. More than two hours of meticulous surgery was done; after surgery, removed right kidney was sent for microscopic examination. Raisa had an absolutely uneventful recovery. Few things including histopathological report came out favorable, there were no residual tumour near or far away in the body and the left kidney was found to be absolutely fine. Following surgery, Raisa had a course of chemotherapy & they went back to Rajshahi.

Life is as colourful and joyful now for them like before. On her follow up visits with the Paediatric Surgeon in this International Standard hospital, Raisa was found absolutely okay in all examination and investigation. She is now in class two studying in a Rajshahi school. She still loves rain and loves to shower.

Do not ignore any lump or swelling if you observe anywhere in your child’s body; you can get right help from an Internationally Accredited Hospital in your country where skilled and experienced Paediatric Surgery team is awaiting to help you!