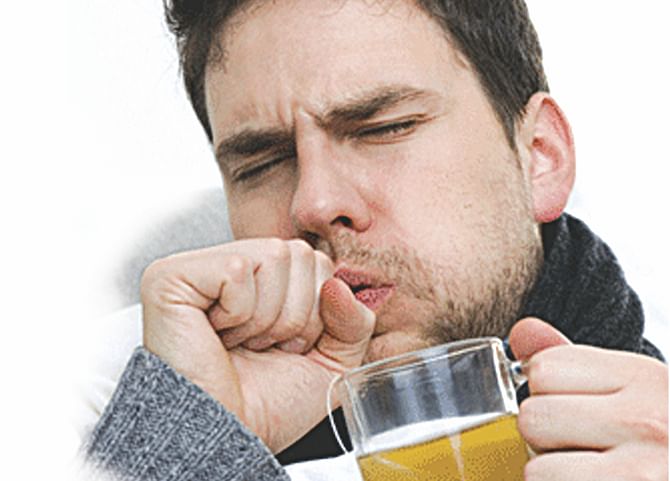 It was three years back, when it started as a harmless irritating cough. Shamim Hassan, thirty one year old, was doing pretty well with his trading business in Dhaka. When he developed this cough, he never thought it could be anything more serious than a cold. He also developed shortness of breath and fever in next few days. After months of treatment with various doctors who gave him different sorts of cough syrup, antibiotics and even steroid, he had no respite. In a big hospital of the city, he was even treated as Pulmonary Tuberculosis (TB) and also as Interstitial Lung Disease (ILD); still he was not getting any relief. Gradually losing weight and getting weaker, he went to Singapore for better treatment. Doctors there did his bronchoscopy and lung biopsy and diagnosed him to be a case of Pulmonary Alveolar Proteinosis (PAP).

PAP is a rare disease in which an abnormal protein builds up in the air sacs (alveoli) of the lungs, interfering with gas exchange, making breathing difficult. This protein is known as abnormal surfactant. Cause of this rare disease is mostly unknown, but it can occur in cancer, lung infection, or exposure to dusts or chemicals. Sometimes genetic cause also might be there. The symptoms of PAP include:

PAP often has spontaneous remission, some patients have stable symptoms, but death also may occur due to progression of the disease. With weakened immunity, individuals with PAP are more vulnerable to infection of the lung by bacteria or fungi.

Shamim was advised Whole Lung Lavage in Singapore. In Whole Lung Lavage, sterile saline is instilled into the lung and then removed along with the abnormal protein material. The doctors in Singapore did not do the procedure there; rather they sent him back to Bangladesh and asked him to find a hospital in Bangladesh or nearby countries for treatment. After coming back home he enquired at many hospitals, but none seemed to have the expertise to do Whole Lung Lavage. He then attended an International Standard Multidisciplinary Tertiary Care hospital, where a skilled and experienced Respiratory Medicine Consultant performed his Whole Lung Lavage, first left and then in right side. This procedure is done under general anesthesia in an operation theater. A special double-lumen endo- tracheal tube is used, so that when one lung is lavaged, the patient can continue to breathe through the other lung at the same time. A very large amount of saline is required and procedure takes 2-3 hours to complete. Shamim felt significantly better after long months of sufferings when he was discharged from this hospital. With weakened immunity, susceptible that he was, the following month Shamim developed respiratory infection again. This time, he directly came to this Internationally Accredited hospital. After sputum examination, the Respiratory Medicine Consultant confirmed his diagnosis to be Nocardiosis, which also is a rare infection caused by a bacteria called Nocardia. After right antibiotic therapy Shamim got better, though he needed to be on regular follow up visit to monitor his blood oxygen level and oxygen saturation capacity of his lung.

Three years have passed by, Shamim Hassan has learnt to live with Pulmonary Alveolar Proteinosis, the rare disease that he has. He has had Whole Lung Lavage a second time in this hospital few months back as his oxygen saturation was found to be decreasing and his shortness of breath was worsening. He believes if the right doctor with the right skill and expertise is available, then no disease, however rare or critical it is, can defeat anyone. When doctors in Singapore failed to treat him, he got the appropriate treatment in an Internationally Accredited hospital in Bangladesh! Why go abroad even for difficult lung diseases when a hospital in our own country can treat better?