A Conversation with Dr. Nuran Nabi

A Conversation with Dr. Nuran Nabi
The daily star 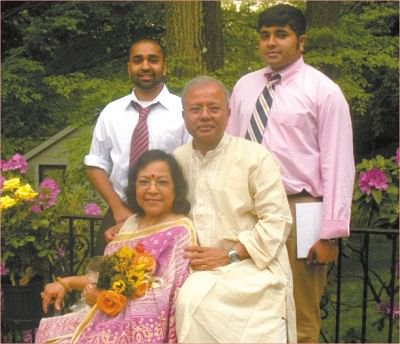 Dr. Nabi with wife and sons

Arun Chowdhury: You have worked for Colgate for 22 years, and you co-invented the Colgate Total Toothpaste. We want to hear your story of success.

Dr. Nuran Nabi: I used to be a lecturer of Biochemistry at Dhaka University, and in 1974, I had the opportunity of going to Japan for my PhD. I was one of the members of the first committee of the Dhaka University Senate. Both me and my wife went to Japan to do our PhD and later on, we came to the United States in the year 1980 to conduct post doctoral research at New York University, where I conducted research for 4 years.

AC: Why did you not return to Bangladesh?
NN: Due to certain political reasons, I could not come back to Bangladesh at the time. Hence I started looking for a job and was recruited by Colgate-Palmolive as a Research Scientist in 1984. I also applied for permanent residency at the time.

AC: What were your first years at Colgate like?
NN: Colgate gave me challenge. I was given the task of making such toothpaste that can protect one's mouth against all known problems such as bad breath, bleeding from the gum and tooth decay (cavity). I needed to create a product that could deal with all the problems at once. The problem was that anti-bacterial added to toothpaste would not last; they would be washed away, leaving the mouth vulnerable. I needed to make the anti-bacterial stick around. We brush our teeth and rinse. And the constant flow of saliva also flushes our mouth constantly.

AC: How did you handle such a challenge?
NN: I invented an anti-bacterial polymer mixture. The anti-bacterial would not be washed out since the polymer would stick to the teeth. The polymer is simply allowing better deposition of the anti bacterial. As a result, it could be ensured that the anti-bacterial remains inside the mouth for about 24 hours. This implies that anyone brushing their teeth once every 24 hours has total protection from common dental issues - hence the name Colgate Total Toothpaste. This was reviewed and approved by the FDA (Federal Drug Administration of America). We needed to conduct a clinical study on roughly 50,000 people chosen from all over the world before the FDA approved the toothpaste in 1996. 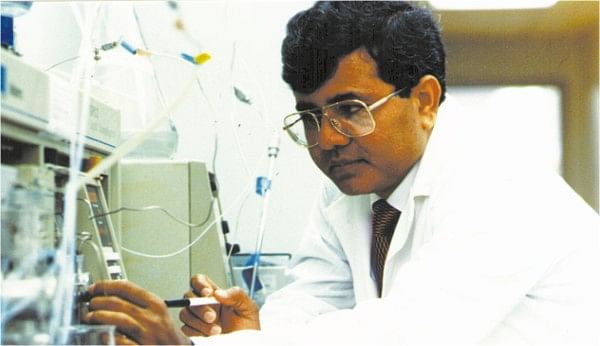 Dr. Nabi in his early years at Colgate

AC: What qualities, in you, would you say enabled you to invent the Colgate Total Toothpaste?
NN: There is no substitute for hard work, as I always follow my principles - which are honesty and sacrifice. In the first ten years that I worked with my invention, I had 50 patent rights under my name that credits me as inventor. I also have more than fifty research publications regarding my work. These achievements have allowed me to gain a lot of respect in research circles and within my company. I was also promoted because of my work. I wanted to retire in 2005, but the company did not let me retire in the beginning. Eventually I retired in order to pursue different goals.

AC: Please tell us a bit about growing up in Bangladesh.
NN: I was born in Tangail, Gopalpur Thana near Hemongor in a small village called Kamarpara. There used to be around a hundred families circling a large pond. We used to fish and swim there. I also used to play football, volleyball and badminton at school. I went to Hemongor Shoshimukh Highschool. After that I went to Mymenshing to attend Anondomohon College to complete my HSC, following which, I joined Dhaka University's Department of Biochemistry.

AC: What were your parents like?
NN: My father was a farmer, and he had studied at a Madrasah. He was a politically aware person. He always told me that Islam was about saying no to wrongdoing and helping those in need. He always said that success follows hard work. My mother was a homemaker, and she was quite well known in the neighbourhood.

AC: What was your involvement in the Liberation War?
NN: I was one of the two thousand members of the Kader Bahini. I was a close associate of Kader Siddiqui and the Far Eastern Economic Review of 1972 referred to me as "the Brain" of the Tangail Freedom Fighters. I was at the frontlines when we barricaded Shahbagh on 25th March. I visited India several times to bring arms and ammunition for Tangail's Mukti Bahini. I also had several meetings with Indian Army Generals and Mukti Bahini officers regarding liberation war strategies and also helped orchestrate the landing of Indian paratroopers in Tangail on December 11, 1971. I wrote a book about my involvement in the Liberation War titled, "Jonmechi Ei Banglae," or "Born in Bengal". 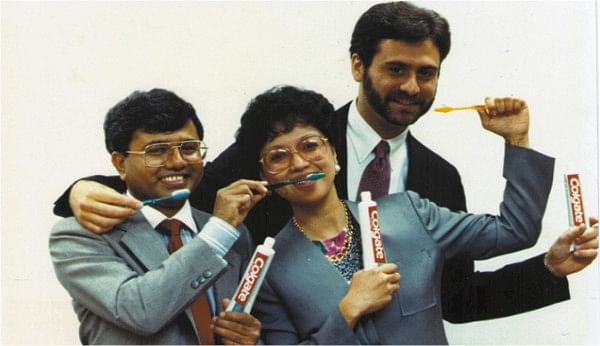 AC: How did you meet your wife? Were you two in love before you got married?
NN: Yes we were. My wife, Zeenat Ferdous Nabi, was my classmate. Her nickname is Bokul. There were 27 boys and 7 girls in my class, Zeenat was one of them. We were not involved in the early days, we were only classmates. When I came back from the war, I found out that 4 out of the 27 went to war, and the only girl that was brave enough to do so was Zeenat Ferdous. She was at Dinajpur, and took part in the Liberation War there. I felt attracted to her as soon as I heard of her courage. We became close soon after and decided to get married after graduation. I became a Lecturer at the University and she became a scientist at the Institute of Nutrition. We were worried about approaching our elders regarding our wedding, and one of our teachers came to our aid. He made up a story about my father visiting the department and liking Zeenat as my wife and that he wants to send a proposal. Actually this had not happened. My father-in-law was an educated man who completed his BA Honours from Kolkata University in 1929. He used to be the headmaster of a high school in Dinajpur. He wasn't happy about is at first. They were all from Dinajpur, and common sense was to not marry her daughter off to someone from Tangail. Then when he found out that we already like one another he happily agreed to the marriage. We got married and went to Japan to pursue PhD in 1975.

AC: What does your wife do now?
NN: My wife is also a successful researcher and scientist. She works at Colgate Palm Oil as their Principal Scientist. Her work involves skin care and beauty products and she too has patents to her name. She had joined Colgate five years after I did, I was in the Oral Care Department and she was in the Skin Care Department. 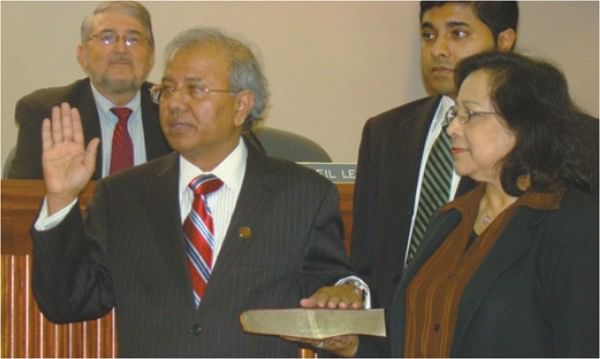 AC: What are your children doing?
NN: Both my sons Mushfik and Adnan studied Economics. The elder one is currently working at a Financial Institution at the moment.

AC: What do you do in your leisure time?
NN: Although I have retired, I am involved in mainstream politics now. I serve as Councilman of Plainsboro Township in my hometown, New Jersey. In my spare time, I watch the television. Thanks to the Bangla satellite channels available here since 2004-05, I have a lot of things to watch.

This interview was previously published on June 04, 2011